Log in
By AFEmoWifey - United States - Palmyra
Today, my stepdaughter called to say hello and to give me a warning: she will do whatever it takes to keep me from having a baby with her dad, including pushing me down the stairs. I'm 12 weeks pregnant, and we were going to tell her this weekend. I'm now petrified of a 10-year-old. FML
I agree, your life sucks
33832
You deserved it
4398
277 Comments
Favorite
Tweet
Share 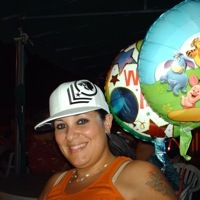 AFEmoWifey tells us more :
We bent over backwards to make her comfortable. However, I'm not letting her have a say in my baby making. I'm 23 years older than her so she needs to be more respectful.
Kids By anonymous - Canada
Today, my mother refused to buy a cat because my sister is allergic to them. She bought a rabbit instead. I'm allergic to rabbits. FML
I agree, your life sucks
25269
You deserved it
1503
68 Comments
Favorite
Tweet
Share
By

Maybe he is gay!

Today, my boyfriend got back from a long wrestling tournament. As a nice surprise, I decided to give him a little show over FaceTime. As soon as I stripped down into my bra and underwear, he paused the screen and started surfing the internet for new shoes. FML
I agree, your life sucks
317
You deserved it
32
0 Comments
Favorite
Tweet
Share
By Anonymous - 31/12/2020 07:01 - Ireland

Alexa, play "Let's Get it On" by Marvin Gaye

Ma'm, we closed 10 minutes ago

Normal or not, I never did it. The adults still joke about it with me now, I don't find it to be a big deal, hence I shared the story.

Don't be afraid!
Send a private message 11 1 Reply
Reply
Agreed. I was raised in a family where all the menfolk (and some of the more tomboyish girls, me included) hunted and I was drilled again and again on gun safety and Daddy always told me &quot;Don't you ever point a gun at something you don't want gone for good&quot;. Kids just don't learn proper gun safety nowadays nor that they are not glamorous toys.
Send a private message 9 0 Reply
Reply
The point I was trying to make was exactly what #91 (Walmartpaysme) said.

People shouldn't keep kids from guns because they're dangerous. Kids needs to learn how to be safe around them, and what NOT to do. Like another poster said: guns don't kill people, PEOPLE kill people!
Send a private message 4 1 Reply
Reply
6- agreed. OP is an adult and can make her own choices, without a 10 year old getting in the way. Im sorry but the lil girl need help.
Send a private message 0 3 Reply
Reply
This literally comes down to how much you trust someone to be around a gun in your house, child or not. Just because you tell someone a gun is dangerous doesn't mean they won't use it anyway, whether by choice or stupidity or abnormal behavior.
Send a private message 5 3 Reply
Reply
173, treating the little girl like she is just a problem that is getting in between OP and her husband is just going to make it worse. The kid is probably afraid her daddy would love the new baby more. I'm assuming from OP's wording that the little girl already spends a lot of time with her real mother. She probably feels like her dad doesn't want her around.
Send a private message 4 0 Reply
Reply
No, no, no. It's perfectly fine to allow 9 year olds to shoot under direct hands-on supervision in a controlled environment after teaching them extensively about weapon safety and enforcing strict consequences for carelessness. Better to drill the rules in early to prevent them from ever hurting someone. Otherwise you lock the weapons up and hide the ammo. Period.
Send a private message 2 1 Reply
Reply
My daughter shot her first gun at age 3, she is not 5 and has shot a 22, a shotgun, and a pistol. We explain to her that if you shoot someone, they will not stand back up and guns are only used for protection. We teach her so she understands how dangerous they can be. We keep a shotgun, loaded but not one in the chamber just in case of an intruder. She knows it's there, she is afraid to go within 5 feet of it because she is educated about it. When we first bought it we allowed her to hold it and showed her how to use it, then she watched as we put the shells in and we explained now its loaded, now it can kill someone so don't touch it, ever unless we are with you helping you. She hasn't touched it since and we got it a year ago. Guns aren't dangerous, they are only dangerous if people are not educated about them. If she were to ever show signs of interest or psychotic difficulties we would lock It up, but she is educated and therefore it is actually safe.
Send a private message 3 1 Reply
This is your one and only chance to turn all your staircases into slides! And she will love you for doing it too.
Send a private message 79 3 Reply
Reply
Going up will be a bitch but at least you can't get pushed down the stairs.
Send a private message 25 1 Reply
Tell her father what she said and he punishes her for threatening you and your unborn child. Either way, that kid is cray-cray.
Send a private message 46 15 Reply
Reply
It's actually normal for kids to feel that way-she feels like she's being replaced and perhaps that the father isn't spending enough time her, and consequently doesn't love her any more. Sounds to me like the father needs to have a talk to her and explain that this changes nothing- bet anything it'd do wonders.
Send a private message 23 4 Reply
Reply
Obviously she doesn't have to threaten to kill people though!
Send a private message 13 1 Reply
Reply
It's normal to feel replaced, but not to react so violently.
Send a private message 11 5 Reply
Reply
Well she's not violent, she's a 10 yr old child, who's threatening stuff... Big difference. But the violent threat is obviously not justified.
Send a private message 10 5 Reply
Reply
31 is very right. The dad talking to the daughter might very well help this situation. Kids don't like getting replaced. But the daughter shouldn't be threatening OP. That's over the top.
Send a private message 9 2 Reply
Reply
I don't think a psychological evaluation is too out of place for this. Violent thoughts can easily become violent actions, and this kid obviously needs to be talked to about how she's feeling.
Send a private message 10 3 Reply
Boarding school it is ... Or get her a British nanny with bad teeth
Send a private message 1 0 Reply
Is it just me, or are children becoming increasingly terrifying?

Good luck with this OP. I hope you get your husband involved to help get her under control.
Send a private message 45 8 Reply
Reply
Ya get her under control by whipping her little butt.
Send a private message 6 2 Reply
Reply
I don't think this is going to be an ongoing problem. My thoughts are: She has already suffered through a divorce at a very young age. She has seen her father marry a new woman, therefore ensuring her parents will not be back together. She may feel like if her mother can be replaced, she can, too, which would cause the animosity towards a new addition to her family.
I don't think this calls for punishment or therapy, but for her parents, no step parents involved, to sit with her and thoroughly explain that it was not her fault, she won't be replaced, etc. Sometimes a child just needs to be heard out, or else they will act out and say things just for the attention.
Send a private message 24 2 Reply
Reply
77- for all we know the mother died. The fact that it's her stepdaughter doesn't guarantee that there was a divorce, just that the stepmother is now married to to the father. Just FYI.
Send a private message 4 6 Reply
Reply
102- I just assumed if the mother had passed, the little girl wouldn't have had to call to say hello. She'd most likely be living with them.. FYI.
Send a private message 13 1 Reply
Next
Spicy
Today, I discovered the brand of condoms my parents use. It was in the same grocery bag as my food. FML
I agree, your life sucks
284
You deserved it
164
7 Comments
Today, I found out the real reason my boyfriend was terminated from work: for having an inappropriate sexual relationship with a coworker, and not because...
I agree, your life sucks
817
You deserved it
48
4 Comments
See all the Spicy FMLs
© Beta&cie, All rights reserved