Log in
By nightfall8705 - United States
Today, I went to the restaurant I recently got a job at, to take the introductory three hour training course. Afterwards, I was told I wasn't hired after all. Why? The girl I was replacing suddenly decided she didn't want to move away and quit after all. FML
I agree, your life sucks
26042
You deserved it
1737
45 Comments
Favorite
Tweet
Share 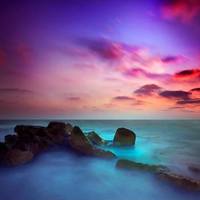 nightfall8705 tells us more :
OP here! There is so much more to this story than I'm not going into, but the jist of it is this: I was to replace this chick who was supposed to be moving to Texas with her "church" and I was perfect to fill in her absence. The dumbledouche hiring manager told me several times I was hired and that the girl was moving and all that. Then the excuses start for why I couldn't take my test. First, the computer was down. Second, the manager said he was managing 3 stores at once because another manager had a "heart attack", and the third time was because he "had an emergency" situation last week, and told me to come in yesterday. After the test, he broke the news to me that his thundercunt (my words, not his) employee decided she wasn't going to move to Texas after all, because her baby daddy were here and she needed money from him and that she found out the welfare was better in SC than Texas. I probably won't even get paid for my time, but that's not even what I'm pissed about. Turns out that "emergency" the hiring manager had was a vacation in Hawaii. He must have forgotten the lie he told me, because those words came directly from his cum balloon mouth. I've got an interview for a job on Monday for an even better restaurant anyway, so screw em'.
Work