Log in
By ktmla - United States - Fort Lauderdale
Today, a customer cussed me out for hiding behind the counter a jacket she's been "eyeing since it came out". She loudly exclaimed that she was going to report me to my manager and get me "fired." It was my personal jacket that we don't even sell. FML
I agree, your life sucks
52063
You deserved it
3658
107 Comments
Favorite
Tweet
Share 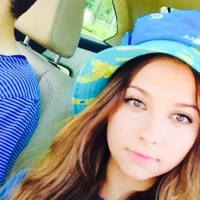 ktmla tells us more :
OP here. To those of you who referred to me as "he"... I'm a girl :) I work at Hollister and the jacket is actually one my friend from Georgia gave me. It's his school jacket so I'm not sure why she wanted it. #1 Damn straight. #2 We don't but I'll make sure to put it in the suggestion box :-) #3 I was worried she would try to jack it (get it)... #18 I would've assumed the same thing had it not be from a school in a different state. #24 It's one of those things where it's only nice to me for sentimental reasons haha. Thanks though. #28 Although that is often true my manager is really cool so after the whole thing was over I was able to explain exactly what happened and I didn't get in trouble. #44 Thank you for your novel :-) you rock. #48/71 (and anyone's else who wanted clarification): I know your comment was buried but actually we do have that exact rule. We aren't allowed to have any personal items visible except for the clothes/accessories we are wearing (which are required to be from the store as part of the dress code). My jacket was actually behind the counter in a place not visible to customers and had she not been walking behind the counter (against the rules btw) to get to the dressing rooms she never would've seen it. I just couldn't include that in the 300 character fml. #64 I'm guessing that was a joke :) But if you were serious then if you are ever working in retail don't do anything like that unless you want to get fired. #67 More than you know. #74 Nah, she was just a bitch. #73 By fill pup I'm assuming you mean follow up. But you're right some people can really be jerks sometimes! #88 Exactly. #66 Obviously (not a) Product #83 The only place I told her to go was hell.. Wow, just kidding, that was dramatic of me. But no it was a school jacket. #84 I'm sorry that sucks.. Sorry this is so long I wanted to try to reply to as many people as possible. -Katie
Work I managed a pet supply company for years and I can tell you that not only is the customer not always right (in fact the customer is USUALLY wrong when they cause a scene) but that there are plenty of retail places out there who do realize that. None of the other stores in our shopping center would have sided with a crazy dingbat like this either. Had any boss in our franchise punished an employee for something like this, they'd have been suspended pending termination. If you display such poor judgement in such a cut and dry situation how can you be expected to have a lick of sense in any of the other decision making?

Unfortunately, it is the few big box stores and huge corporations that pretty much print money and see employees as disposable that will not hesitate to reward a customer for acting like a toddler. This has spoiled a large percentage of the customer base into thinking that the moment they even walk into any store and considered shopping there, the employees there are loyal servants who should bend over backwards at your every desire. It is totally asinine to walk into a store and ignore that the people working there are human beings, yet a lot of people do it every day. Shame on them.