Log in
By BeforeItWasCool - United Kingdom
Today, I took a pregnancy test. I was disappointed it was negative, as my fiancé and I have been together for four years and have a strong relationship. He danced with happiness when he discovered the test was negative and tried to high-five me. FML
I agree, your life sucks
15475
You deserved it
27216
194 Comments
Favorite
Tweet
Share 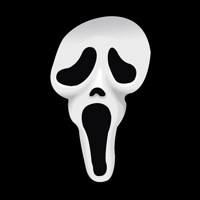 BeforeItWasCool tells us more :
Wow this seems to have been misinterpreted! It was unplanned, I was entirely surprised by it. We hadn't planned on kids- if it had been positive it would have been an accident. I was just quite happy to have such a nice surprise even if it did turn out to be negative. I was quite disappointed it was negative, not because I've been secretly trying to get pregnant, but because I was pleasantly surprised. It just seems my fiancé was a little too enthusiastic about the negative result.
Love

From the wording of the FML, it seems like OP wants to get pregnant without her fiancee's consent. And if that's true, what the hell is wrong with you OP?! Just because you have a &quot;strong relationship&quot; doesn't mean he wants kids.

Furthermore, if he doesn't want kids and you do, do NOT get married to him. Those irreconcilable differences.
Send a private message 180 3 Reply
Reply
Sounds like she is the type of girl to poke holes in condoms to try and trap a guy or &quot;Don't worry i'm on birth control&quot;.
Send a private message 138 9 Reply
Reply
1- Exactly! My BF and I have been together 8 years and we are still talking over the whole 'kid thing'. I want one, he's not ready. So, I'll wait... We still have time.

OP- Trying to get pregnant against his will, will ultimately ruin trust. Then BAM! You're a single mother. No trust; no relationship.
Send a private message 122 1 Reply
Reply
Too many negative votes, comment buried. Show the comment
I agree with 48. People talk about absentee fathers and how dad's abandon their kids. A lot of the time the dad didn't want a kid an the mom snuck around behind their back and got pregnant on purpose. If you want to be a mom so bad that you will go behind his back, OP you are going to have a weak relationship before to long.
Send a private message 64 20 Reply
Reply
You're right, but it's not so simple. She probably had not planned to get pregnant.
Maybe when she realized her period was late, and took the test, she started to think about the idea of having a baby with the man she's been with for the last four years. It may happen, we're not machines.
Send a private message 83 9 Reply
Reply
Too many negative votes, comment buried. Show the comment
Even if they talk about it, and both agree it is what they want, sometimes the other does not. Whether it be female or male, they both can agree and one still doesn't. Anyways, getting pregnant can be hard. Even if you do not want to be pregnant, a negative test can still be disappointing.
Send a private message 9 66 Reply
Reply
67 - If your partner wants kids and you don't, why would you agree to it? That's just stupid.
Send a private message 43 4 Reply
Reply
Nah I wasn't planning on getting pregnant, I was just pleasantly surprised when I thought I was. In truth if it were positive it would've been a complete mistake. I was just kinda disappointed it was negative once I'd gotten the idea I might be having a kid it was just a nice thought. I mean, for a day I was under the impression I might be pregnant and was quite excited by it, unplanned or not. We've discussed it since and both agree we're going to wait a while until we're both ready. In all honesty we're not quite there yet!
Send a private message 88 5 Reply
Reply
Well, THAT puts a spin on the story. Yeah, you definitely made it sound like you were either not on the same page, or even lying to your man.

But that's just my humble opinion.
Send a private message 0 0 Reply
Probably best if you aren't pregnant. As a married man of 5 years with no kids. It's important to be in the same page for this otherwise he could resent you and push you away
Send a private message 61 0 Reply
Reply
I agree with you. My husband and I were together six years before we got married and had a baby two years after that. I'm glad we waited for both.
Send a private message 3 1 Reply
My ex did the same thing. I see where the other commenters are coming from but it's always horrible to get such a massive reaction if a part of you was secretly hoping for positive. Take this opportunity to sit down and talk to him about the direction you want your life to go in :)
Send a private message 57 9 Reply
Reply
Too many negative votes, comment buried. Show the comment
And if you did get pregnant, what did you expect will happen? You'll be bring a child into this world whose father doesn't want him or want to care for him. You and your husband will probably be in a bad relationship due to your conceited nature. This is bordering on child abuse, and I have no trouble calling you highly immoral.
Send a private message 13 37 Reply
Reply
Ohmigod chill out! So according to you, any unplanned pregnancy that wasn't especially good news to begin with between an unmarried couple is bordering on child abuse? There is nothing to suggest OP was TRYING to get pregnant without her mans consent, just that she had to take a test.

Sometimes it isn't until a pregnancy scare that you realise that actually, you'd be okay with being pregnant. It seems to me that OP is just disappointed that her partner didn't feel quite the same way, hence my comment about needing to sit down and talk to him.
So stfu.
Send a private message 23 2 Reply
Reply
So if someone doesn't want children it's ok, but when someone does, it's highly immortal? Get a break. I'll agree that it's a (in my opinion, unforgivable) bitchmove if a woman stops taking birth control without her partner's knowledge. And on the same line, agreeing that your partner stops taking birth control, while desperately hoping she won't get pregnant, is a bitchmove either. Kids are a serious matter, so act serious about it, even if it will lead to a break-up.
Send a private message 9 5 Reply
Reply
47: since when is being excited about possibly having a child being conceited?
Send a private message 11 3 Reply
Next
Spicy
Today, I finally got pulled into a threesome with the girl I've loved for years and another friend. She led the interaction with, "You only get to touch...
I agree, your life sucks
85
You deserved it
15
1 Comments
Today, my boyfriend is once again mad at me because I refused to have shower sex with him. I’m too embarrassed to explain to him that ever since I could...
I agree, your life sucks
368
You deserved it
88
8 Comments
See all the Spicy FMLs
© Beta&cie, All rights reserved