Log in
By BlootheBawss - United States
Today, I have been released from jail because my idiot friends decided to get me a surprise hooker for my birthday. Turns out "Candy" was actually an undercover cop. My friends ditched me. I was the only one arrested. FML
I agree, your life sucks
48265
You deserved it
4619
177 Comments
Favorite
Tweet
Share 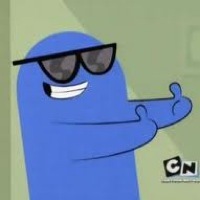 Bloothebawss tells us more :
It's illegal where I live. And yeah, I'm working in the new friends thing.
Intimacy because in Russia, Candy sucks you!

@78 unfortunately the realisation that morality is subjective is equally as rare.

I'm pretty sure it has to do with the government who wants to force their morals on their citizens. You don't have to be a hooker to have STD's and having sex with someone who has one is still not illegal. It's a risk that everyone who has unprotected sex with a hooker is willing to make. Besides, many prostitutes refuse to have sex without a condom.
Send a private message 9 4 Reply
Reply
Of course it's not illegal to have sex with someone with an STD. I'm saying one reason it's illegal is probably because of health reasons.