Log in
By egc573 - United States - Fullerton
Today, at a party, I told a joke to my crush. He didn't even smile. An hour later, I heard my model friend tell the exact same joke to him. He said it was the funniest thing he'd ever heard. FML
I agree, your life sucks
35598
You deserved it
2754
159 Comments
Favorite
Tweet
Share 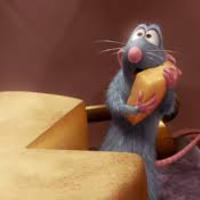 egc573 tells us more :
You guys are great. If I was broken up about this at all, I'd feel much better from a lot of the comments. I'd been flirting with this guy for a while, and this was the coldest he'd ever been to me. He met my friend that very night and wanted to get laid is all. But joke's on him--the friend's engaged! As for the whole maybe my friend told the joke better thing, it's not the kind of joke that needs a bunch of buildup and then a big punchline. It was more of a sarcastic comment-type thing. She didn't tell it any better than I did.
Love Get out of here

Today, during my boyfriends birthday dinner, his father shouted, “Jessica, can you slice me a piece too?” My name isn’t Jessica and I’ve been in their family for over two years. FML
I agree, your life sucks
1579
You deserved it
147
8 Comments
Favorite
Tweet
Share
By Melissa - 8/3/2020 14:00