Log in
By BloodFaerie - United States - Cleveland
Today, I saw a large spider carry away the body of a dead spider in the bathroom. In my anthropology class, we learned one of the first signs of civilization is caring for the dead. First, they become civilized, and next, they take over. I will never sleep again. FML
I agree, your life sucks
32303
You deserved it
4433
288 Comments
Favorite
Tweet
Share 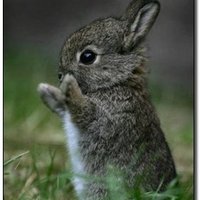 BloodFaerie tells us more :
OP here and I find it really funny that the people without a frickin' sense of humour are calling *me* stupid. (Not to mention when said assholes appear to be illiterate...) Yes, I know it is probably going to eat it - seeing as next time I went in there the spider had gotten smart enough to stop and wrap up its dinner to make it easier to carry, lol. (Problem solving abilities now? hmmmmmm lol) And, let's see... I was obviously in college at one point, so I would hope some of you would realize that means I'm educated. Please learn to take a joke. I'm just happy I finally got an FML accepted. And, of all of them it was a joke about one spider carrying off a "wounded comrade". And I saw someone did allude to the fact I must have left the dead one as a warning to the others. Muahahahahaha. *AND* maaaaybe this was a carefully staged display on their part to turn the tables and send *ME* a warning that they won't be dealt with so easily - that there are always MORE. *shudders* Finally, the reason there are so many spiders? I live in the basement of this house out in rural North Georgia and this scene took place in the bathroom in the back corner of said basement. So... the spiders love it there.
Animals 188: Nick Fury is tired of partisan politics and is hoping for a spidery third-party candidate in 2012.
Send a private message 9 0 Reply
Reply
Nick Fury guides the Avengers...
Spider-Man is an Avenger...
In 2008, Spider-Man famously endorsed Obama...
Spider-Man has a new movie out in 2012...
2012 is an American election year...
Therefore, Marvel wants us to vote Spider-Man as write-in candidate for the presidency!

http://www.venombyte.com/venom/spiders/venomous_spiders_by_state.asp
Take a look at these VENOMOUS spiders. There's not just TWO relatively &quot;rare&quot; species. Granted, this site is just for the USA, but I'm sure there's more than two different kinds of venomous spider per continent ;)
Send a private message 18 2 Reply
Reply
Black widows are very rare. The fact that something is poisonous does not make it dangerous unless its venom is of sufficient strength and quantity and it has a method of injecting it into humans. Spiders kill and eat flies. They do not kill and eat people. The only reason one would bite you is if you put it in your hand. Frankly being scared of the critters is cowardly.
Send a private message 8 38 Reply
Reply
They're not actually rare, and they're all over the southeastern US- since that's where I live, I haven't bothered to research where else they live. Furthermore, a single bite from a brown recluse can cause death or dismemberment. The only way to identify such a spider (from say, a common brown spider) is by looking for a small fiddle shape on its back-that can be about the same color as its body.

54- I think I would literally piss myself.
Send a private message 12 1 Reply
Reply
Phobias arent rational. people are afraid of the dark, is that irrational too? what are you afraid of? yea thats what i thought.
Send a private message 9 1 Reply
Reply
&quot;Scientists figure humans may be born with a fear of spiders and snakes, healthy phobias that up the odds of survival in the wild. It's not known how such an inborn fear might develop, however.

Now researchers have proven that unborn crickets can gain a fear of spiders based on their mother's harrowing experiences.