Log in
By Norvi - South Africa - Pretoria
Today, I had to explain to my mother that faith healing will not work on plumbing. FML
I agree, your life sucks
41782
You deserved it
3150
104 Comments
Favorite
Tweet
Share 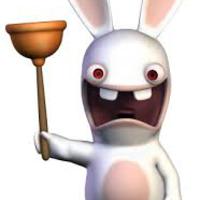 Norvi tells us more :
OP here, to quote a song from Johnny Clegg "these are the days of miracles and wonders" - my mom called a plumber, now to survive the weekend until help arrives.
Health Today, I spotted my dad watching a wildlife/nature video. I pointed out to him that the animal on the screen was critically endangered; he rebutted by telling me that it's impossible for the animal on the screen to go extinct because people keep hunting it. FML
I agree, your life sucks
817
You deserved it
73
4 Comments
Favorite
Tweet
Share
By ER Birthday

Today, the guy who has harassed me every day for a month straight proposed, with an actual diamond ring which he’d burned the receipt for. I said no, of course. Later, I found out that he’d attempted suicide. Twice. FML
I agree, your life sucks
1407
You deserved it
75
6 Comments
Favorite
Tweet
Share
By Brianna Michelle Ferrell

The study was based on people praying FOR a person not the person themselves praying. Stress probably does factor in yes. Believers think people praying for them will help so it reduces stress, but you can do that with other means and not get as effective results. It actually activates the body's ability to heal itself in believers
Send a private message 5 19 Reply
Reply
#23 I have scoliosis, it can barely be cured by doctors and even then it requires a metal rod of sorts fixed to my spine. I highly doubt that she just prayed for it and magically got cured.
Send a private message 13 2 Reply
Reply
Actually, 23. Even if (As stated in your other comment.) faith healing and prayer do help a little bit in a way. Many children and others have died because of faith healing. Parents have been arrested for child neglect because they sat, prayed, and watched as their child slowly died. They didn't take them to the hospital or anything. And prayed to a being we don't have any actual proof of or science behind his existence. Im an atheist, and Im not trying to disrespect anyone's religion, but if anything. Don't you think a doctor or a person with a medical degree would be the best thing to take your buddy or kid to when they're dying of cancer?
Send a private message 10 1 Reply
Reply
74, *shrug* It happened, but you don't have to believe it. I didn't expect many people to believe it.
75, Please see comment 56. What you describe is a rare and extreme example. Most people who believe in faith healing are not like that. People who rely fully on faith healing and allow themselves or their children to suffer and/or die from medically treatable ailments are idiots.
Send a private message 4 4 Reply
Reply
I'm an atheist, but the thumbs down in this seem a little harsh. No one here is suggesting (that I've seen) that faith healing should replace medical treatment. I'm certainly against that notion, so if I'm not offended by the comments, I'm not sure what I'm missing here.

The placebo effect isn't anything worth thumbs downing either... We all know that it can work to varying degrees. So I don't understand the thumbs down, as it's a scientific explanation to something previously believed to be the work of miracles.