Log in
By loveletterbullcrap09 - United States
Today, I cleaned out my husband's drawer. He had kept every love letter I wrote him for the past 7 years. I smiled, struck by how romantic he was. My bliss was short-lived as I realized that he had also kept every single love letter his other lovers wrote him while we were married. FML
I agree, your life sucks
46114
You deserved it
3992
103 Comments
Favorite
Tweet
Share 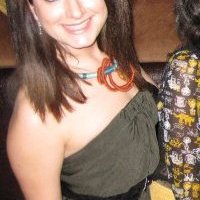 Phoenix0614 tells us more :
I'm the one who wrote this FML. I was organizing the drawer because I was trying to find our passports. I confronted him, and he admitted to TWO affairs. A few months ago, when I got sick out of town and had emergency surgery (acute cholecystectomy), I was stuck there almost 2 weeks. He never visited me once, because of "work", even though it's less than 3 hours away. I looked at our bank account--day of my surgery, he was buying sushi for two, and then breakfast the next morning. Oh yeah, he also bought a trip for two to Vegas over Xmas break. A week ago, he told me, via text message, he filed for divorce. So yeah, FML, several times over.
Love

By fuckoffgramps - United States - New Freedom
Today, I twisted my knee while cutting firewood with my grandpa. The pain was so crippling, I fell over screaming. His response? "Quit your bitching, I had my kneecaps blown off in Vietnam. They had to stitch 'em back on." He's never been to Vietnam, or even out of the country. FML
I agree, your life sucks
27462
You deserved it
2246
88 Comments
Favorite
Tweet
Share
By oh. - United States

Today, I was given my marching orders because I corrected my supervisor on something he was actually doing wrong. It seems I deserve this for "not learning to obey my immediate superiors." FML
I agree, your life sucks
775
You deserved it
76
5 Comments
Favorite
Tweet
Share
By Anonymous - 3/2/2021 01:01 - Mexico - Iztacalco

He married YOU for a reason. If you act differently after marriage than when dating, don't be surprised when the man acts different too.

Men need physical attention, not letters.
Send a private message 2 7 Reply
Reply
If them letters were sammiches, hed still be with you now.

It's kind of stupid to keep records of communications with active lovers -- I call it &quot;evidence.&quot;
Send a private message 2 5 Reply
Reply
The only evidence she has is the semen in my pants..... Oh shit! am I writing this? Fuck
Send a private message 2 0 Reply
Next
Spicy
Today, it's been two weeks since my girlfriend of many years and I decided to take a short break from each other. We'd been fighting a lot and felt like...
I agree, your life sucks
512
You deserved it
104
8 Comments
Today, four months into a deep depression, I now have a new involuntary reaction to being sad and angry. I constantly have an erection when I'm feeling...
I agree, your life sucks
559
You deserved it
64
4 Comments
See all the Spicy FMLs
© Beta&cie, All rights reserved