Log in
By Kaddiscott - Italy - Marco
Today, I was in a market in France, and went to ask the seller for some potatoes. I speak fluent French, but I got flustered and instead of saying "pomme de terre", which is the French for potato, I said "pomme de merde". I literally asked for an "apple of shit". FML
I agree, your life sucks
44635
You deserved it
8133
137 Comments
Favorite
Tweet
Share 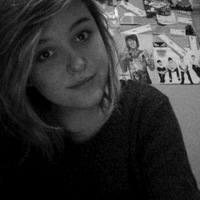 Kaddiscott tells us more :
Hi guys, OP here. I speak fluent french, I just had a little blunder. This was actually like a few months ago when I was on France on holiday, and yeah the seller gave me a funny look and we had a giggle, but then I said, ooops and that I meant to say potato. It was soooo embarrassing, my parents never let me live it down FML hahahah
Miscellaneous

If only it was a leap year

So the word &quot;la terre&quot; can be translated into &quot;the Earth&quot; when we talk about the planet (in this case, there is a capital T at the begining =&gt; &quot;la Terre&quot;) or &quot;ground&quot; (under our feet) or &quot;soil&quot; (more agronomic vision. literally the thing we can pick with our own hand)

ps: in quebec city they can't speak english at all, well poorly. i know i lived there for 6 years and im french.
Send a private message 2 0 Reply
Reply
Actually they'd rather you speak English than botch their native toung
Send a private message 2 4 Reply
Reply
In QC if you speak English you get treated worse than if you're an abo.
Send a private message 3 1 Reply
In French, potato directly translates to apple of ground or apple of the ground. And if shit means a similar thing as shit, it's easy to see how he could get confused
Send a private message 65 3 Reply
Next
Spicy
Today, I got home from work a few hours early to find my mum cheating, right in the middle of the act. So much for a nice afternoon off. FML
I agree, your life sucks
794
You deserved it
59
4 Comments
Today, barely able to pay rent while working 3 jobs, I decided to give in to the idea of making online sex work photos and videos. Everyone else seems...
I agree, your life sucks
893
You deserved it
315
6 Comments
See all the Spicy FMLs
© Beta&cie, All rights reserved