Log in
By WolfAvenge - United States - Phoenix
Today, I made some brownies to take over to my dad's place for his party. He started yelling at me when I told him I'd added a special ingredient for taste, demanding to know what I had slipped them. Cinnamon. It was cinnamon. FML
I agree, your life sucks
25431
You deserved it
3303
63 Comments
Favorite
Tweet
Share 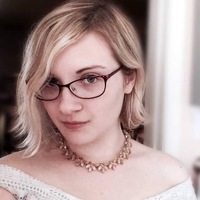 WolfAvenge tells us more :
I did tell them before they ate it, I was handing over the plate to him as I told him what was in it. I would never give someone food without them knowing what was in it in case they were allergic; he just over reacted. I've never done drugs or was an issue child in the past so I'm not sure why he thought I put something else in them! Needless to say they loved the brownies once I convinced them it was just cinnamon.
Miscellaneous