Log in
By MissDQ - Australia - Perth
Today, I got accused of trying to steal clothes because I was taking so long in the fitting rooms with only a couple of items. I got stuck in one of the shirts I was trying on. FML
I agree, your life sucks
44320
You deserved it
5382
111 Comments
Favorite
Tweet
Share 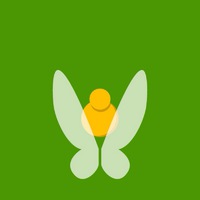 MissDQ tells us more :
OP here. Someone else pointed it out to the attendant that I'd been in there for a while and since I'm 'a kid' I MUST have been trying to steal something. The attendant just quietly asked if they could check my bags and stuff the same way they do if you leave the store without buying but have bags in your hands. I'm not big, but I do have big boobs. Some clothes go on fine but when you go to take them off they won't go over them and you start to panic. I'm a fairly standard size and I do often go one size up, but this was one of those sheer tops with the singlet underneath and those suckers don't stretch and it's hard for anyone to get them off if they're lucky enough to work out where their arms are supposed to go and can get the thing on. Heck, my mum is tiny and there's been plenty of times I've had to help her pull something over her head because she's stuck. It's not normally a store I shop at but was out with my family which I haven't done in a long time as I lived away till recently and they had a great deal, so why not ? I'm not going to sue them, there's no point ? The store didn't accuse me, some asshole who can't mind their business did. To top it off, I went through the self serve checkouts and the alarm went off as I walked out and the attendant pulled all the bras I bought out of the bag in the doorway to make sure they didn't have any of those big plastic security tags on them. I did have a DVD for another store in my bag and we put it down to that.
Miscellaneous So young, so jaded