Log in
By _sempiternus - United States
Today, during school, I passed out in the lunch line and hit my head on the metal rail as I fell. Rather than helping or expressing concern at all, my friends simply left my unconscious body on the floor. Why? They had to get to the lasagna before the cafeteria ran out of it. FML
I agree, your life sucks
50496
You deserved it
4132
160 Comments
Favorite
Tweet
Share 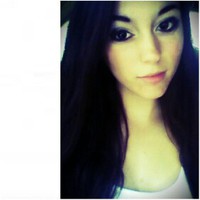 _sempiternus tells us more :
For those of you that were wondering- yes, I'm alright. :) I'm anemic, and sometimes it catches up to me and I'll start to get lightheaded/faint. I hadn't been feeling well all day, and thought food might help... Guess I was a bit late. In regards to my 'friends', I suppose I used the term loosely. They aren't my closest friends by far, but I've known them for years. We were close enough that I ASSUMED the sight of me falling and bashing my head open would be more important than their need for dry, school-food lasagna. And, in response to one commenter, I didn't expect them to immediately transform into doctors. But it still doesn't feel too great when the people you call 'friends' step over you, sprawled on the ground and bleeding, in favor of food. And no, I don't speak to them anymore. We had a fall out shortly after this incident. Ah well, highschool is a joke anyways.
Health

mohamed_H - Listen very carefully. There are lots of commenters who come and go, but there are some who stick around for a long time and choose to post a lot. It is not your concern who posts what, nor is it your concern how many times someone comments. If you don't like a comment, thumb it down. If you don't like a commenter, find all of his/her comments and thumb them all down. You can even send a PM to a commenter and say &quot;YOU SUCK LOLOLOL&quot;. Lord knows I've gotten plenty of PMs like that. But what you just said to Welshite is neither useful nor appreciated.