Log in
By ifunnybatman - United States - Roswell
Today, after a DNA test and getting his sperm count checked, my husband still doesn't believe our son is his. He was kicked in the nuts several times as a child, something he believes has rendered him infertile. FML
I agree, your life sucks
22725
You deserved it
1798
108 Comments
Favorite
Tweet
Share 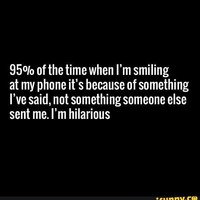 ifunnybatman tells us more :
My husband had actually wanted kids more than I did. We were together 5 years before marriage he had never mentioned this before and we didn't have unprotected sex until the night we were married. Our son is 4 and these accusations sprung up after he read some stupid mock article about how one blow to the jewels can completely ruin a guy. I actually considered him rather smart up until this point Lol. He tried to claim he was joking once all the test came back but I know he wasn't. He hasn't treated our son any different though thank God. Anyway sorry for the long reply anymore questions I'll try to answer them. TL;DR: Husband is an idiot tried to play it off like a joke didn't work.
Kids

Today, I had to dump my girlfriend because of tons of trust issues that kept reappearing. Shortly afterwards, my credit card disappeared and I got to experience my first identity theft. All within 24 hours. FML
I agree, your life sucks
1684
You deserved it
117
4 Comments
Favorite
Tweet
Share
By unwanted - 1/4/2020 05:00 - Canada

Today, my mom saw me holding a plant and told me to walk around with it, to replace all of the oxygen I waste. FML
I agree, your life sucks
819
You deserved it
185
5 Comments
Favorite
Tweet
Share
By Noname - United States

There's a time and place for everything.