Log in
By Bishop423 - United States - San Francisco
Today, while working security at my job, for the second time, a man with Down's Syndrome entered the store, went to one of the demo computers, opened YouTube, pulled up a video of oiled women wrestling and jerked off. There is no protocol in the handbook for how to deal with this scenario. FML
I agree, your life sucks
35873
You deserved it
2510
135 Comments
Favorite
Tweet
Share 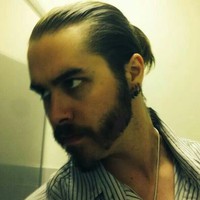 Bishop423 tells us more :
OP here. Yes it was the same guy both times. The reason why I didn't call the police is because he didn't actually expose himself. He clearly knew that he was doing something wrong because he checked to see if we were watching. I asked two different managers what to do, and both failed to provide a satisfactory answer so I was left to my own devices. The first time I caught him I told him he wasn't allowed to do that. The second time I actually closed the browser and told him that this was the last time this was gonna happen.
Intimacy

Today, at my job in a pet store, my boss had me pull all the bags of food out and restock them so that they sat pretty. Five minutes later, the store is full of people. My manager screamed, "They're touching things!" and locked himself in the office with a cup of tea. He has the only open register. FML
I agree, your life sucks
1785
You deserved it
105
8 Comments
Favorite
Tweet
Share
By mislabeled - 27/8/2020 20:05

Today, I had to explain to my boyfriend that me switching to "super" sized tampons does not mean I've been having sex with other men with bigger penises, and that my vagina hasn't been "stretched bigger". FML
I agree, your life sucks
37070
You deserved it
3544
137 Comments
Favorite
Tweet
Share
By Anonymous - 28/12/2020 11:02