Log in
By kimeatszombies - United States - Riverside
Today, while driving around with my brother and his idiotic friends, one of them decided it would be a brilliant idea to throw a hot sauce packet out of the car window at a moving vehicle. I've never seen someone angry enough to stop and get out of a vehicle that fast. FML
I agree, your life sucks
18110
You deserved it
2636
43 Comments
Favorite
Tweet
Share 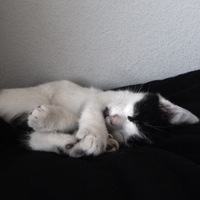 kimeatszombies tells us more :
Okay, so we saw them coming at us, so the driver (my brother's friend), took off. He managed to get in between cars at a stop light we were stopped at, and got away, but then the people in the car they threw the hot sauce packet at, got back in their car and proceeded to follow us, FAST. Long story short, my brother's friend got in trouble for reckless driving and actually got his license suspended, since he was under the age of 18. Such a good time. |:
Transportation Today, I was sitting behind some bushes in the dark enjoying the view, when some cops came and confiscated my night-vision goggles, then warned me for acting like a "creepy perv." FML
I agree, your life sucks
482
You deserved it
3328
14 Comments
Favorite
Tweet
Share
By Anonymous - United States - New Bloomfield

Today, as usual, I work nights and sleep during the day. I found out that my brother uses my car and never puts gas on it when he called me for the first time to actually ask me if he could borrow my car, and also to lend him $20 to put gas in it. FML
I agree, your life sucks
794
You deserved it
87
2 Comments
Favorite
Tweet
Share
By Pinsky - 30/7/2021 23:01 - United States - Chicago

Today, my neighbor had a word with me for being "loud in the bedroom" last night. I haven't had any action for two years now, but I was too happy that she thought I'd got lucky to tell her the truth. So what was I really doing last night? Trying to sing like Christina Aguilera. FML
I agree, your life sucks
40417
You deserved it
7058
34 Comments
Favorite
Tweet
Share
By Lika1712 - India - Mumbai

Today, I had to take a delivery to a known hoarder. I was braced for the sight of the house, but not the naked fat guy and the smell of dead cat when he answered the door. To top it off, they didn't even tip me. FML
I agree, your life sucks
1654
You deserved it
116
8 Comments
Favorite
Tweet
Share
By Anonymous - United States