Log in
By MyUsernameIsBest - 12/11/2013 05:45 - United States - Moreno Valley
Today, the day before I'm supposed to leave for a long-anticipated trip to Europe, my mother admitted that she's never paid for it. She only told me she did so I would stop hinting that I wanted to go. I gave up Christmas for this trip. FML
I agree, your life sucks
53695
You deserved it
5220
236 Comments
Favorite
Tweet
Share 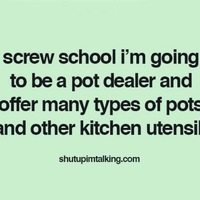 MyUsernameIsBest tells us more :
Hello all, OP here! :] I must say that I am so surprised that my late night ranting on FML made it on the site. XD Well I thought I'd elaborate a bit. x] First of all, it was a trip with my high school AP European History class to Italy and France. It was all planned out, everything was included in what we pay online, and I already had gotten my passport. I got a part time job early last year when I found out about it to help pay for the trip, and I earned almost $850 to put towards funding it, as well as earned my own spending money. I had to give her the money because the tickets were being paid for from her account. I have no clue what happened to the money I gave my mom for the trip, but for the record she was not supposed to pay for the entire trip. A few days after I gave her the money I had earned, she texted me while I was at school telling me that she had signed me up for the trip and that it was paid for, so I stopped reminding her about it. She had already told me that if I helped earn money for the trip I could go. Secondly, the "I gave up Christmas" part referred to the fact that I agreed with my parents that I would be willing to give up getting presents on Christmas this year and the last to somewhat make up for the money they were putting towards this trip. On Christmas last year I got nothing, but I was fine with it because I was expecting to be going on this trip. They didn't tell me then that I wasn't going, they just didn't get me anything and let me keep believing. Thirdly, by "hinting", I literally just meant occasionally hinting that I wanted to go on the trip. I left the brochure laying around, forwarded emails from my teacher about fundraising options, mentioned it when my mother asked about my day at school etc. Anyone who knows me knows I'm a dang coward about inconveniencing people, never asking for things, never getting in people's way and always trying to avoid causing them trouble.. But when I realized I really wanted to go on this trip, I went about hinting about it, I wouldn't say that I was pestering her all that much. x] I did remind her about paying, but only after she told me I could go if I got a job to help pay for it. :P On the bright side, at least I have the spending money I saved up. :P
Money

2) It should have been pretty obvious that it was supposed to be a gift.
Send a private message 25 3 Reply
Reply
Too many negative votes, comment buried. Show the comment
gift or not i agree with you 11. why be disappointed over something you didnt even try to plan out yourself. i would imagine cost and tickets be the first thing on my itinerary. this fml sounds selfish.
Send a private message 9 32 Reply
Reply
It's as obvious as a white man at an all black party
Send a private message 0 2 Reply
Reply
ZomBoy - Why be disappointed? Because OP's mother obviously said she had booked the trip, and the day before she was supposed to leave, she finds out 1) she's not going and 2) her mother is a big fucking liar.

That's not selfish, it's defeated expectations. You're not very bright, are you?
Send a private message 54 6 Reply
Reply
Also, I'm 20 and my mom still pays for basically everything. Not every teenager/young adult, which I'm assuming OP is, has the time to get a job. How is that bad that she offers her a trip to Europe ? Plus that is completely irrelevant. The mother lied. It's not like OP was complaining about her mom refusing to pay...
Send a private message 42 7 Reply
Reply
Too many negative votes, comment buried. Show the comment
Seriously! I mean yes it was messed up for the mom to lie but if you're old enough to fly to Europe I'm sure you're old enough to get a job and pay for your own trip to Europe. Stop harassing your mom with hints that you want to go. Wanting isn't getting. Money doesn't grow on trees.
Send a private message 5 23 Reply
Reply
why are people assuming they're old enough to plan their own trip? nothing here indicates that in fact it indicates otherwise since the fml implies that OP is. still living at home with the mother and asking to go on a trip probably a teenager.
Send a private message 11 1 Reply
Reply
@22 nothing about the FML implies it was a Christmas gift... there is no obvious implication and I actually am pretty sure the ones jumping to that conclusion are wrong here. why would OP saying they were giving up Christmas mean it was a Christmas gift.. how would it being a Christmas gift mean they have to give up Christmas..?? neither makes a logical connection. the only thing it implies is that the trip was going to last over Christmas and they'd miss celebrating it. although I also don't see why being in Europe would stop OP from celebrating Christmas they have Christmas in Europe.. unless their family was staying behind and they were supposed to go alone. Either way the trip being a gift especially Christmas gift specifically is not even a valid assumption.
Send a private message 6 8 Reply
Reply
@60 I agree with the you don't lie like that part of your comment but why say it sounds like OP acted selfishly begging and whining and complaining not droping it driving the Mom crazy till she gave in..? that's not what it says.. it said says the Mom said she did it so OP would stop *hinting that she wanted to go. didn't say begging it also doesn't say the mom ever said no then they kept asking so doesn't sound like the mom ever tried just saying no either..
Send a private message 2 2 Reply
Reply
OP is obviously not gonna say, "I was being a selfish and annoying twat and my mother was desperate to shut me up". I'm not saying OP WAS being selfish and annoying but its not like they'd admit it if they were pissed at their mom. We only have one side of the story.
Send a private message 0 9 Reply
Reply
what 20 year old doesn't have time to get a job? no offense. I know school but if your parents pay for everything you should have time to.
also, if I wanted a vacation I would sure as hell work for it myself not ask my parents to pay even if they have the money.
yes I know. bring on the downvotes.just my humble opinion
Send a private message 5 7 Reply
Reply
142 thank you I was thinking the same thing. How selfish and lazy of a 20 year old to allow her/his parents to pay their way. I'm 19 and I pay for everything of mine. I just finished paying for a three week overseas vacation which I paid for and organised myself. My mother said if I needed help with money she would help me but then decided she didn't have any money to spare. I can't blame her for that because I have a job and a means of paying for my own trip and I am not her responsibility anymore. The way I saw this FML is that OP was harassing her mother to the point where the mother just said yes to shut her up. Not the right thing to do but working in a candy store shows you how far a kid can push it. OP should take this as a lesson to not expect another person to pay her way through life. You have to help yourself in this world.
Send a private message 2 15 Reply
Reply
31- Repititon of your claim won't make it any stronger. You are wrong, just accept that.
Send a private message 3 2 Reply
Reply
#11, OP commented at the bottom and said "I agreed to give up getting Christmas presents for this trip." I don't actually understand how you could misinterpret "I gave up Christmas for this trip."
Send a private message 2 0 Reply
Reply
Justy101 & sprinkesrdelish:

There is a difference between

If the mother said No in the first place, there wouldn't be a need to lie, and the daughter wouldn't be expecting a trip so chose to the travel date.
Send a private message 3 0 Reply
Too many negative votes, comment buried. Show the comment
You should pay for you own trip. And in future treat your mother to a Euro trip, it's the least you can do after all she has done for you.
Send a private message 15 84 Reply
Reply
#13, tell her to go to Helsinki!
Send a private message 9 4 Reply
Reply
If OP's mother couldn't pay for a promised trip or just didn't want to for any reason, she should not have lied about it. I don't know how old OP is, it could have been one of those high school trips abroad, which would mean OP probably doesn't have the means to pay for her own trip to Europe. Why do some people think parents can treat their children however they want to because they raised them? OP's mother should not have made a promise she couldn't/wouldn't keep!
Send a private message 38 1 Reply
Reply
Take her to Chernobyl
Send a private message 3 15 Reply
Reply
@20
Right! why do people act as if all parents are saints or that children owe them something or overwhelming gratitude for "everything they've done for you" when it's sort of their job their duty to do those things.. also its the law. some parents do go above and beyond and deserve that recognition but simply because they had sex and got prego and had to take responsibility for that does not mean they're owed something for it...
Send a private message 11 0 Reply
Reply
13- Why would OP take her mother on a trip to Europe when her mother flat out lied about OP being able to go? Or, here's an idea, OP should tell her mother she's gonna take her, tell her they're gonna be at the best hotel, take the mom shopping, get her to buy really expensive clothing, and then tell her a day before they are supposed to leave they can't go because OP didn't pay, and see her mother's reaction.
Send a private message 3 0 Reply
Next
Spicy
Today, I found out my boyfriend of six years, with whom I wanted to spend my life with, has been cheating behind my back with my friend. The kicker? They...
I agree, your life sucks
421
You deserved it
56
3 Comments
Today, I could hear my parents having sex from the other end of my house. My mom set the stove on fire because she forgot she was cooking. FML
I agree, your life sucks
644
You deserved it
53
4 Comments
See all the Spicy FMLs
© Beta&cie, All rights reserved