Log in
By Bawsack - United Kingdom - Leeds
Today, some guy woke me up at 5.30am by yelling outside my window. I opened the window and told him to knock it off before going back to bed. It took a good 3 minutes of his laughter before I realised I was naked and he got a close-up view of my breasts. FML
I agree, your life sucks
13646
You deserved it
3218
70 Comments
Favorite
Tweet
Share 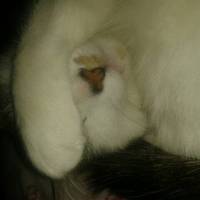 Bawsack tells us more :
OP here. I never thought for a million years that this would get posted, but it did which is equally awesome and creepy at the same time. I just wanted to clarify a few things. Firstly, thank you for the puns. I love puns and these are the breast I've seen in a while. I'll show myself out. Secondly: I have no idea why it says Leeds. I have never been to Leeds in my life. I'm in Edinburgh, over 200 miles away in a whole other country. The guy in question turned out to be my neighbour -cringe - on his way back from the pub very drunk and most probably high. I haven't seen him since and most probably won't for a while if I can help it. The reason I was naked was because I'd come in from work the night before, showered and passed out in bed from exhaustion. I hadn't noticed I was naked was because it was FIVE THIRTY IN THE MORNING. I had obviously been in a deep sleep because that's what normal people do at 5.30am. Literally the only thing going through my head was that I wanted the idiot to shut the hell up and let me sleep. And no, it probably wasn't exactly 3 minutes but it was long enough for me to go to the toilet, back to my bedroom then try to remove my robe before I realised I wasn't wearing it. Also, he probably laughed so much because he was drunk, high and a crazy naked woman was hanging out her second floor window at 5.30 in the morning. Finally. yes, breasts. Because that's what they are.
Miscellaneous Talk about not getting the picture…

Today, I finally worked up the courage to break up with my boyfriend. His parents weren't able to pick him up for 5 hours. I ended up taking him to a movie to kill time and end on a positive note, but now he thinks we're cool and back on track. FML
I agree, your life sucks
6378
You deserved it
1983
21 Comments
Favorite
Tweet
Share
By twitch

Today, after watching my roommate and her boyfriend be all lovey dovey for months, I now have to watch two of our other friends flirting as well. I'm painfully single and have been struggling to change that for years. FML
I agree, your life sucks
926
You deserved it
183
6 Comments
Favorite
Tweet
Share
By HunkyFez - 28/8/2020 08:06 - Australia