Log in
By breedles
Today, my extremely inebriated boyfriend casually mentioned that he wished I had a penis. FML
I agree, your life sucks
9677
You deserved it
848
46 Comments
Favorite
Tweet
Share 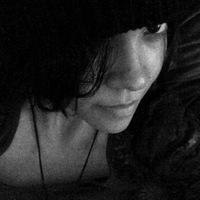 breedles tells us more :
Hey guys, OP here. I love the comments xD This happened a couple of months ago, and actually, before this incident he did confide in me that he was bisexual, and as I am open minded and bisexual as well, we did do some experimenting with a strap on to see if I could satisfy him on that level. His comment was meant to suggest that because I didn't have a REAL penis, it wasn't enough for him, which was painful to hear, because obviously, there was nothing I could do about it and I was very invested in our relationship. He changed his stance on the matter when he was sober, but we did move out of a boyfriend girlfriend relationship and into more of a FWB relationship, and we're both happier now. :)
Love What are you not getting?