Log in
By Twix88 - United States - Huntsville
Today, my brother and I took our cars to get oil changes. While we were there, a guy asked if we were dating. When we told him we were siblings, he responded with, "So?" FML
I agree, your life sucks
50147
You deserved it
4365
154 Comments
Favorite
Tweet
Share 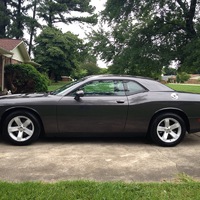 Twix88 tells us more :
This is my FML. This did happen in Alabama. Sadly, I don't think this guy was kidding at all, although, he was obviously tweaking pretty hard so that may have played a role. He didn't work there he was just another customer. The dude actually brought it up twice. After the second time my brother ditched me and went outside to get away from him and left me to sit with the creep. However, shortly after I got the last laugh when he followed my brother outside to pester him again.
Miscellaneous

Today, I accidentally cooked my new Apple Pencil. Being magnetic, it stuck to a baking tray that was put down on the table I’d been drawing at, and went in the oven. FML
I agree, your life sucks
1180
You deserved it
602
7 Comments
Favorite
Tweet
Share
By asshole - 29/4/2020 20:00

C'mo, dude, back me up...
Send a private message 16 2 Reply
Reply
Don't know how that's related, but oil change in Blue Mountain State.. messed up..
Send a private message 4 1 Reply
Reply
I thought it was more like his &quot;brain oil.&quot; So he's saying he needs his &quot;oil&quot; changed to make his brain run better? That he isn't quite alright in the head? But that doesn't really make sense either.

Maybe he wanted to role play as the father in a freaky 3 way?

He obviously saw you weren't getting any, so he was letting you both know of an alternative?