Log in
By PyroSam - United Kingdom - London
Today, my boyfriend sent Christmas Carollers to my house to tell me he was breaking up with me. FML
I agree, your life sucks
35708
You deserved it
3003
87 Comments
Favorite
Tweet
Share 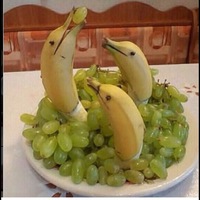 PyroSam tells us more :
Here's the full story (just saying this is my first FML that has been published. Yay!). First off, we'd had a fight and he'd stormed out of the house. I believe he went out with his friends and got drunk out of his mind, which is probably where the midnight Christmas breakup idea came from. The carollers were surprisingly supportive, and I didn't even have to tip them. The next morning I received a grovelling voice message, which I subsequently ignored. I think I'm done with that relationship now, but hats off to his originality.
Love