Log in
By tayymeds - United States - Mission Viejo
Today, my boyfriend asked why I never let him go down on me. I told him that it doesn't do much for me, even though it really does. I didn't have the courage to tell him that it's because he acts like a rabid dog when he does. FML
I agree, your life sucks
53400
You deserved it
12579
138 Comments
Favorite
Tweet
Share 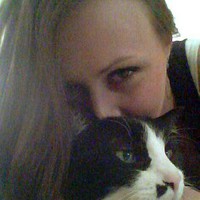 tayymeds tells us more :
So yes, I agree that I completely deserve it because I won't be blunt with him. I just don't want him to get insecure about it, like he has with other intimate things. I drop hints by not showing response when he starts to act like I'm a chew toy, but it doesn't work. I have however, brought up the idea of watching movies with him, he's agreed to it, so maybe I'll lightly drop the bomb there.... But all in all, he's a great man and an exceptional lover--just not with that one bit of foreplay. Thanks for the laughs and opinions!
Intimacy Today, my mom called me and asked me to fix her computer, three days after saying she never wanted to see me again for dating a boy. I got lectured to on how I'm ruining my life the whole time. FML
I agree, your life sucks
1419
You deserved it
203
7 Comments
Favorite
Tweet
Share
By Anonymous - 25/1/2021 05:02

You can be honest with your partner about sex while still taking their feelings into account. Most people would rather know and be able to please their partner instead of just assuming that they are doing a good job and finding out later that their partner has been lying to them.