Log in
By meltingturtle
Today, I was talking with my girlfriend. We both have family issues, so we'd agreed to open up to each other today. Turns out I'm dating my cousin. FML
I agree, your life sucks
19134
You deserved it
1871
121 Comments
Favorite
Tweet
Share 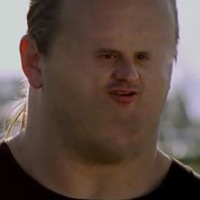 meltingturtle tells us more :
OP here. Here's your follow up. My mom and her brother had a rocky relationship. She moved to the west coast some twenty years ago, and never talks about my uncle. I know of him, but never met him due to problems between them. I moved out of state for college, and met my girlfriend there. I'd only been told I had a cousin once, pretty much in passing. My gf and I were both talking, and she mentioned how her dad, named David, was bipolar and had several issues. I asked if she had any aunts or anything cause that sounded a hell of a lot like my estranged uncle my mom hardly talks about. She was all, 'yeah, but my dad never talks about her. Her name is Emily or something I think?' And I was like 'o shit that's my mom'. It was super awkward. I'd known my uncle had a daughter, and she knew her aunt had two. Thing is, I'm a trans boy who goes by a completely name, so we never really figured it out until now. Hope it makes more sense to y'all now.
Love

The Groucho Marx of Zoom