Log in
By Northshore75 - United States - Santa Ana
Today, I had lunch with my parents. I'm an Asian guy who married a Puerto Rican woman and we just had a boy. My dad looks at my son, then looks at me and says, "You ruined the bloodline." FML
I agree, your life sucks
37934
You deserved it
3403
108 Comments
Favorite
Tweet
Share 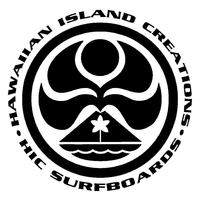 Northshore75 tells us more :
I'm the guy that submitted this FML. I didn't think this topic would gain so much traction but I don't feel so alone and I do appreciate reading your comments good or bad. Yes, my parents are "racist assholes". Both of them immigrated into the U.S. in their teens. Currently in their 60's/70s respectively, I cannot fathom why they continue to harbor such hate but here is the kicker. I'm not pure Chinese. I'm part Chinese and Japanese. The Japanese is from my mother's side. My father rants about how much he hates the Japanese. Further, my grandfather was a medic for the Army in WW2 so that adds more fuel to the fire. So how in the hell did he get around to marrying my mother? Of course my father has no answer for that. The racism is only scratching the surface. It's the Asian tiger parents sort of mentality of romanticizing and demanding perfection from their offspring. Check out Amy Chua's book if you don't believe me. All I can do is press on in life and not repeat the same mistakes my parents made because I don't want my own son labeling me "asshole".
Kids