Log in
By wasliedtoasakid - United States - Turlock
Today, I almost got expelled for bringing a weapon to school. The "weapon"? A yellow travel-size hairbrush. FML
I agree, your life sucks
23412
You deserved it
1469
121 Comments
Favorite
Tweet
Share 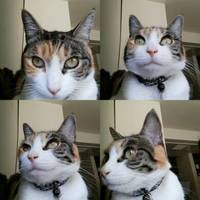 wasliedtoasakid tells us more :
Hello! OP, here. I appreciate the comments, especially the hilarious sarcasm and puns haha! :D So here's the full story: I just came out of the gym after P.E. (before the bell rang so everybody was still in class) and there was this kid like 30 ft away (going to the bathroom, I assume) and since my hair was really messy, I took out my brush, which is one of those full-size brushes that folds. So apparently this kid thought I had a pocket knife or a switchblade or something because of the way I unfolded the brush (image the same motion you would use to crack a whip or flick a wand or whatever - that's how I opened it because my hands were full). Also, I guess the kid thinks that I brush my hair with a yellow knife...? Anyway, he reported me. I got sent to the Dean and I explained what happened and showed him the "weapon." Luckily, he believed me and not that shit-for-brains kid, so I didn't actually get expelled.
Miscellaneous

Three is the magic number