Log in
By sianydiddle
Today, at my house party, I caught my boyfriend having sex with my best friend. His excuse? He wanted to be better in bed for me. FML
I agree, your life sucks
39332
You deserved it
3508
113 Comments
Favorite
Tweet
Share 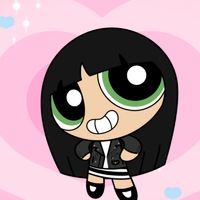 sianydiddle tells us more :
OP here! Can't believe this got posted! Let me shed some light on this. This was a few years ago now, I was with this complete turd for a year, and it's safe to say he's an ex. He used me, and made me think I was going crazy when he used to stay out for whole weekends without so much as a text, and came back with hickeys. He used to tell me it was all in my head and I stupidly believed him. With my 'friend', she was also his brothers girlfriend. His brother was with me when we caught them. She ran out of the house and never gave us an explanation, or an apology. She just ignored us, and to be honest, that suited me fine. With him saying he wanted to be better for me, I had no frame of reference, so that was just a load of bullshit. Silver lining in it all, I'm now with an amazing guy who treats me perfectly. My ex is still single from that day, no woman has been stupid enough to fall for him, which he deserves cause he broke my damn heart. Me and his bro are still friends. To all saying I should've joined them? No thanks, they seemed pretty contented with each other, which is great for them :)
Intimacy