Log in
By aatomkins - United Kingdom
Today, after 3 long hours of mowing the lawn with a rusty lawn mower, my dad finally decided to tell me that he didn't get any money out to pay me with. The reason? He didn't think girls could mow a lawn and was expecting me to give up. FML
I agree, your life sucks
53283
You deserved it
3765
206 Comments
Favorite
Tweet
Share 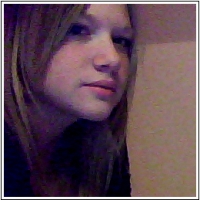 aatomkins tells us more :
This isn't your average chore, I do those for free. No allowance, just a hourly rate for the hardcore jobs.
Work Owl be there for you

I'll take what I can get

Working for the weekend

Today, I maxed out my credit card trying to help a friend of over 19 years to go see her family for Christmas, only to find out she changed her mind and doesn’t really want to go. I can’t return the bus tickets, and she’s mad at me. FML
I agree, your life sucks
1651
You deserved it
324
10 Comments
Favorite
Tweet
Share
Next
Add a comment - Reply to : #
You must be logged in to be able to post comments!
Create my account Sign in
Top comments
how disgustingly sexist of him
Send a private message 126 10 Reply
Ow wow, that's something. Charge him extra and add interest until he coughs it up.
Send a private message 48 4 Reply
COMMENTS
how disgustingly sexist of him
Send a private message 126 10 Reply
Reply
Comment moderated for rule-breaking.. Show it anyway
He probably wasn't being sexist. I'm not sexist, and I'm amazed that a girl from Essex could mow a lawn. Most Essex girls can dance on a pole before they can walk, and end up doing it till they're 60. Listen love, just tell your dad to get you a miniskirt rather than pay you, and then you can get a jumpstart on your career.
Send a private message 18 92 Reply
Reply
Wow, fuck you #12. You literally think that all girls just pole dance rather than do important things? You're more sexist then the OP's father. Not all women work at strip clubs or as hookers, most live on to greater things. Some others just can't get there when they try and don't have a choice but to do such degrading things as being a strip club dancer or something like that. Anyway, sorry for your sexist father, whoever created this fml. Fyl.
Send a private message 37 7 Reply
Reply
#12 wtf? i'm from essex and i have no idea on how to pole dance so just shut up yeah.
Send a private message 26 6 Reply
Reply
@ #20, I don't think 12 was being sexist since he never said all women just the women from the OP's home town. I guess you could call 12 Essex-ist.
Send a private message 23 11 Reply
Reply
actually, you ARE sexist #12. if you think the only thing girls can do is pole dance, you have a lot to learn, fella. get a life

and OP, im very sorry for you. sexism shouldnt be tolerated and you gotta make this clear to your dad...and he better pay up too!!
Send a private message 14 7 Reply
Reply
Haha top of my class in most subjects and I'm actually from Suffolk but my mum lives in Essex which is where I was when I created this account. However no, my mum and my sister are both NOT pole dancers so thanks for that unnessasary jibe at Essex people.
Send a private message 24 3 Reply
Reply
Essex-ist

#35 is awesome
Send a private message 4 0 Reply
Reply
Comment moderated for rule-breaking.. Show it anyway
I'm not sexist. Just observant. I would say that feminist girls can't read. And, oh my god, I'm right! #12's post was about the girls from OP's home town. And yet, the moment anything bad happens that isn't directly performed by a girl, OMG YOU SEXIST PIG!!!!!!! You're all despicable and need to learn decency and respect.
Send a private message 5 29 Reply
Reply
Actually, it is a sexist comment. It makes a generalization about people based on their gender which is, and here we get into some pretty simply definitions, sexism. The fact that the comment also includes their location does not somehow make it any less sexist. Unless, as you claim, being a feminist I am unable to read. Perhaps I have missed all the footnotes in the dictionary that state &quot;Discrimination that takes place about women is note considered sexism in cases where the general township, city, or country of those women is also included.&quot; I shall go check, and report back if I find anything! Thank you!
Send a private message 17 2 Reply
Reply
You're just a sexist douche.

OP, FYL.
Send a private message 7 1 Reply
Reply
Right. We might be getting all feminist on you, but not only was your comment rude, it was also legitimately sexist.
At least women can do SOMETHING to be independant when everyhting goes to shit.
And we don't exactly have a whole lot of choices when life turns its back on us (what, with pigs like you in the world), so we try to be resourceful and use our assets. Tell me, what do men do when life goes to shit?

Let me give you an answer similar to yours and see what you make of it:
The man-whores drink themselves to death while resembling a heap of shit more and more day by day. Fucking idiots.

I'm not a manhater, I just want to see how the douchebag replier feels when someone is sexist about HIS team.
See? We have all the right to go all &quot;feminist&quot; on you.
Send a private message 9 2 Reply
Reply
I’m going to have to disagree with you girls/feminist, #12 comment wasnt actually sexist.

@#39 yes # 12 is sexist because YOU assume he thinks the only thing girls can do is pole dance.

@#95 I sometimes wonder the same thing, I think it’s more their comprehension skills than their reading skills that is under par.

@#102and #112 you would be right if #12 did make a generalization about people based on their gender, but he didn’t. “The fact that the comment also includes their location does not somehow make it any less sexist.” The comment isn’t any less sexist, because it wasn’t sexist to begin with and in this case, location did have something to do with it. The reason?, he is focusing on girls from that area and not on girls in general. What #12 did do is stereotype essex girls, which is NOT the same as being sexist against women. You really don’t have to get all feminist just because you saw words “pole” and “girl” in the same sentence. The fact that he included the town only shows that he was generalizing MOST girls from essex, this should not be confused with generalizing the ENTIRE female population. The only people who are implying that ALL girls “can dance on a pole” are you feminist commenters. If I made a comment saying that most Italian girls can make a good pizza, am I being sexist?? .... obviously not, and neither is #12. It could be seen as discriminative but defiantly NOT sexist. I bet none of you girls would have said a thing, if #12 replaced word “girls” with “boys”. OP dad is being sexist unlike #12, because he was generalizing his daughter based only by her gender. But i’ll admit that the part about “just tell your dad to get you a miniskirt” is a bit of a sexist remark.

This type of situation and overreaction is why I hate modern day feminism, it’s a lost cause especially in western society and has just gotten blown way out of proportion, just like political correctness. If most of you feminist really wanted true equality like you claim, you wouldn’t be calling yourself feminist in the first place.
Send a private message 4 12 Reply
Reply
Okay, you've raised some really good points. Especially about the &quot;overreaction&quot; and &quot;blown way out of proportion&quot; part. And even the dig about the comprehension skills, since I bet most feminists will skim your post and write a page long rant. But the comment was meant to indicate to the girl that the writer felt that she, as a woman living in essex, should be a pole dancer. Any argument with that? Most people consider that assumption and recommended action derogatory. It was a rude comment, and was a bit sexist. Rude enough to bury it, but- I think- not quite worth the time it takes to write &quot;ZOMG YUR SO STUPID!&quot; for three pages.
Send a private message 2 4 Reply
Reply
And people wonder why the question comes down to &quot;Who's better, men or women?&quot;
Send a private message 0 9 Reply
Reply
#139 If number 12 had said boys instead of girls it would ahve read like this.

&quot;He probably wasn't being sexist. I'm not sexist, and I'm amazed that a boy from Essex could mow a lawn. Most Essex boys can dance on a pole before they can walk, and end up doing it till they're 60. Listen love, just tell your dad to get you a miniskirt rather than pay you, and then you can get a jumpstart on your career.&quot;

I would have died from laughing. Thank you for the great mental image that I got in my head. Men in miniskirts, twirling around on poles. Yes. :):)

also: although 12 wasn't being sexist by your definition he was still being mildly sexist, and an ass, by implying that OP was going to be a pole dancer because she was a girl from essex.
Send a private message 5 0 Reply
Reply
Number 12's comment wasn't sexist at all. It was directed towards Essex.

And it's not like you're hard done by because you didn't get paid to mow the lawn. Where do kids get this sense of entitlement? Your parents put a roof over your head, feed you, clothe you, drive you around, and have sacrificed more than you know to keep you healthy and safe.

I wouldn't be doing any chores for him anymore. Just say your weak little girly arms can't handle the work. See how that goes over.