Log in
By cheyeahh6 - Australia - Toorak
Today, while working at McDonald's, an angry customer called asking for his money back. Apparently we'd put 6 cheeseburgers in his bag instead of 5, he ate them all and now feels sick. FML
I agree, your life sucks
47530
You deserved it
3043
139 Comments
Favorite
Tweet
Share 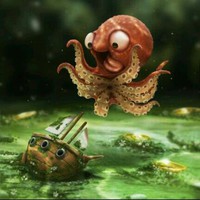 cheyeahh6 tells us more :
Hello! Wow, was NOT expecting this to get published! Just to let you all know what happened in more detail, the guy came through the drive thru around 3am and ordered $80 worth of food. I must have either read the order wrong or counted wrong and put in an extra cheeseburger. When he called back, I picked up, and he verbally abused me for about 2 minutes about how he was feeling sick because of my ignorance and that I should have known better. When I gave the phone to my manager, she listened, then sighed and responded with, "you're an idiot" and hung up. Haha. He then came back and we had to call the police to make him leave because he was clogging up the drive thru. Unfortunately, we've dealt with worse people.
Work Touched for the very first time

I actually had a person not give a tip the other day because their burger apparently didn't have as many pickles as they wanted, and their tomato slice was apparently too small, even though I'd asked them if they needed extra toppings for their food. My friend also had a guy call her a slew of derogatory names because she wouldn't give him another beer once it became clear that he had reached his limit. People are just rude, and we just become used to dealing with it.
Send a private message 15 0 Reply
Reply
At the McDonald's where I work we've had workers get called stupid and told to go back to school and I've had some 50 year old man ball his fists at me because he only got one McChicken meal. Miscommnications happen people!
Send a private message 7 0 Reply
Reply
To put it in perspective, I used to work at a Canadian McDonald's. Even in a country that is stereotyped for being &quot;too polite&quot;, people are rude dicks if you screw up their order. Thankfully I was never assualted or anything crazy, but I got called an 'idiot' a lot for making very minor mistakes (sometimes it wasn't even my mistake, but someone in the back end hadn't read the order correctly).
Send a private message 7 0 Reply
Reply
#76, you're lucky. I've had tons of guests roughly grab me by the arm and cuss me out for things as simple as forgetting an extra ketchup for their fries. I've also had a table (they weren't my table, but I was helping out a coworker who was swamped) call me names because not only did I not know which drinks the 12 of them had ordered (each one of them had ordered something different), but also because I was unable to simultaneously hand out all 12 drinks at the same time. They absolutely refused to say who had ordered what drink and continued to call me names until I finally dumped the drinks on the end of the table for them to sort out and just walked away. After working in the food service industry, I've realized that a majority of people are incredibly stupid. I've never spit in anyone's food, and I doubt I ever will, but there are times when I seriously consider it.
Send a private message 9 0 Reply
Reply
Customers are douchebags. Period. There are very few customers who actually brighten my day. The other day we had a guest who was trying to use a coupon that wasn't going to start until next week. Apparently it required too much brain power to read the damn coupon. She called us rude because we wouldn't let her use the coupon. People are just idiots.
Send a private message 3 1 Reply
Reply
You are truly amazing! Customers like you are what get me through the day!

Just because I work at McDonalds I get treated like absolute shit from people, it's quite sad to know what people are really like. I get abused all the time from people and half the time it's not even our fault! Some people just have no idea what they want so they blame us to get something else.