Log in
By NykP - 2/10/2013 16:56 - United States - Mesa
Today, someone stole my card number and tried to use it. Every transaction got declined, not because the bank knew it was a fraudulent charge, but because I'm so poor that he couldn't make even a single purchase. FML
I agree, your life sucks
47523
You deserved it
3892
110 Comments
Favorite
Tweet
Share 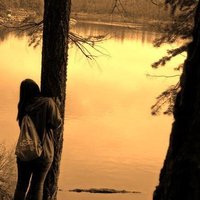 NykP Say more :
Hi, I'm the OP. For one, I certainly do not have an IPhone, I have an old brick that doesn't have data. Secondly, I actually have my account set up so I cannot be over-drafted so all of the charges got declined and I have already shut down the card. Now my card was not actually stolen, they were just using the numbers. I asked the bank how they could have gotten those and they couldn't give me a definitive answer. They said it's as easy as your waitress could have copied the numbers and is using it online or something got hacked. Thirdly, I have no money because I am just a poor college student. I work two jobs but with the cost of school I have nothing left to keep in my account. I do not have a house, I am living in a little room at my grandparents. I do have a cat, but I buy large bags of food and it lasts him like three months. I do not have any children. I was certainly laughing at the stupid person who would try to steal from me.
Money