Log in
By ali456 - United Kingdom - Dudley
Today, my fiancé left me waiting at the train station for two and a half hours because he offered his ex-girlfriend a lift to her friends wedding that was a few cities away. I normally wouldn't have minded, but I'm 6 months pregnant and it was pouring with rain. FML
I agree, your life sucks
61830
You deserved it
5663
236 Comments
Favorite
Tweet
Share 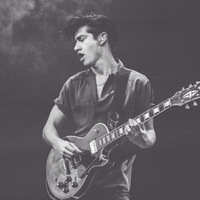 ali456 tells us more :
For those who are saying what he did was 'quite fishy', I have to agree. His excuse was, and I quote, "I only realised I had to pick you up half way through the journey, and there was no point turning back". I'm currently not speaking to him, for pretty obvious reasons, and he's now staying at his parents house. The reason I 'normally wouldn't have minded' is because if I wasn't pregnant, and if it wasn't raining, I easily could've caught the bus or walked home and sorted him out afterwards! He is also friends with his ex, and I've met her and spoken to her on quite casual terms before. And for the people who called me a 'chump' and said that I 'shouldn't have gotten pregnant in the first place', thank you - I'll keep it in mind for next time!
Love I am not one of these people, just saying. :p
Send a private message 10 43 Reply
Reply
I agree, I'm really good friends with one of my exes, BUT I wouldn't leave my fiancé waiting in the rain. My fiancé comes first over my ex, no matter how good of friends we are.
Send a private message 60 1 Reply
Reply
Yeah, I'm pretty sure your soon-to-be wife should rank higher on the priority list than your ex-girlfriend.
Send a private message 43 0 Reply
Reply
You know 63, trust is definitely necessary for a relationship to succeed, but leaving your current pregnant girlfriend standing in the rain for over two hours to pick up your ex is still a problem whether there is trust in the relationship or not.
Send a private message 32 1 Reply
Next
Spicy
Today, the guy who told me he “wasn’t looking for a relationship” started being in a relationship with another girl. I lost my virginity to him and went...
I agree, your life sucks
498
You deserved it
227
7 Comments
Today, I had to create a new password for my computer. I had to do it to stop my father from watching porn on my computer. FML
I agree, your life sucks
716
You deserved it
52
3 Comments
See all the Spicy FMLs
© Beta&cie, All rights reserved