Log in
By LyraAlluse - United States - Chandler
Today, my cat decided to hide in the garbage can so he could get a free trip outside, but was too fat to climb all of the way inside of it. He got stuck half-way in. It took me ten minutes to get him out. FML
I agree, your life sucks
41727
You deserved it
6211
108 Comments
Favorite
Tweet
Share 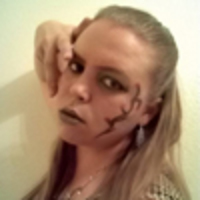 LyraAlluse tells us more :
He got stuck in one of those oddly shaped bathroom trashcans. And it was his tail end that got stuck, so he was sticking out of the trashcan like a jack-in-the-box. Because the can was oddly shaped it was hard to figure out how to get the cat free and make it as humane as possible. Also, the cat kept trying to roll around in the trash can because he thought it would help. My cat isn't the brightest crayon in the package but he is pretty funny.
Animals Today, I bought some shoes, but pissed off the lady working at the store by returning them 5 minutes later. She yelled at me and ripped my receipt in half, everyone in the store watched as she threw a handful of pennies at my face. FML
I agree, your life sucks
1526
You deserved it
457
15 Comments
Favorite
Tweet
Share
By Anonymous - 4/7/2020 14:01

Great time to try for a kid

Today, it was only as my boyfriend met my dad for the first time that I realised how alike they are. Same opinions, same dress sense, same moustache and beard, same height and body shape, similar jobs and cars, and they support the same rugby team. They got on like a house on fire as soon as they met. FML
I agree, your life sucks
2711
You deserved it
700
20 Comments
Favorite
Tweet
Share
By sam - 2/12/2020 23:01

Ten million cat owners in North America (example, I would think there is a lot more) would mean that one million cats suffer from thyroid problems. Surely OP couldn't possibly own one of them, given that's it's just ten freaking percent. Moron.
Send a private message 1 4 Reply
... The only thing that surprised me about this is that it took that long to get him out. How did that happen? If he was only halfway in, I'd think you could just grab him and lift him out. Or gently tip over the can and dump him out.
Send a private message 82 2 Reply
Reply
&quot;I wasn't gonna eat it. I was just gonna taste it.&quot; Ha ha ha! Love that episode. Especially the part when Rabbit tries to turn Pooh's butt into contemporary art. Priceless! XD
Send a private message 49 5 Reply
Reply
&quot;What?&quot;