Log in
By countrygirl0118 - United States
Today, my boyfriend's mother called me. She assumed that I bought him a PS3 for Christmas, and she and the rest of his family have only purchased him games to go with it. The thing is, I already got him an expensive gift. Now, I have to scramble to come up with the money to get this for him instead, and save the coat I bought for his birthday. FML
I agree, your life sucks
35957
You deserved it
5092
184 Comments
Favorite
Tweet
Share 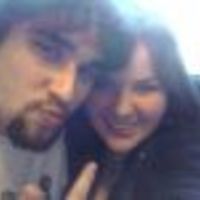 countrygirl0118 tells us more :
HI AGAIN I'M THE OP! first off the coat is nonrefundable, and I got him it because we do live in a harsh area and he has to walk to work wearing a million sweatshirts at the moment. second, no he doesn't live with his folks, we live together so in a way it would be for me too but i thought the coat had a more pressing need. third, i had discussed with his sister and his brother in-law that no, i was not getting him a PS3 until his birthday because blistering cold takes precedence over playing games. AND i had said if you really want to get him a game that's fine, but he won't be able to use it til February. THEN his mother called me, and told me about them all buying him games. I said to her on the phone, "I've already bought him a nice coat and was waiting til his birthday for the game system." She then said, "Oh, well I knew that, but we knew you'd probably want to get him the system too since we've all bought him games." One game is okay, but everyone buying him a game makes it look ridiculous and then he'll have all these games and not be able to use them for 2 months. ALSO i don't want to fight with his mother. This is the first Christmas I'm spending with them and on top of it his dad has bone marrow cancer and lymphoma and has chosen to stop his chemotherapy treatments, so this may be the last Christmas they all have as a family. So I'm not going to cause a fight. FINALLY, all you who commented calling me spineless, maybe you should learn to reserve comments like that considering that sometimes you cannot fit all of the story into the text space provided. But I guess your bad behavior must be a product of your upbringing. Very poor manners. Merry Christmas and Happy Holidays.
Miscellaneous

Today, after months of isolating and shielding, suffering through the isolation of having caught COVID and letting my hygiene, diet and exercise programme go to shit, I can officially say my pubes are now longer than my penis, but it’s ok because my belly now hangs over my belt so I can’t even see it anyway. FML
I agree, your life sucks
653
You deserved it
565
3 Comments
Favorite
Tweet
Share
By Ekh0es - 11/4/2021 15:30 - United States - Garfield

Today, I was giving a friend a neck rub when she started to breathe heavily. I figured she was getting into it, so I started kissing her neck. She then turned around and said, "Tell my roommate I'm having an asthma attack." FML
I agree, your life sucks
490
You deserved it
1661
8 Comments
Favorite
Tweet
Share
By Anonymous - 12/9/2020 08:02

Today, my sister caught me bent over trying to trim my pubic hairs. She took a photo of my spread ass as a joke and scared me so bad, I cut my clitoris. Currently in hospital hopped up on the really good morphine for the excruciating pain. Oh, and the stitches, God, I can't forget the stitches. FML
I agree, your life sucks
2413
You deserved it
386
15 Comments
Favorite
Tweet
Share
By not a bitch just don’t like you - 10/3/2021 13:59 - United States

And why would they assume that you'd buy a PS3 anyway?
Send a private message 3 15 Reply
Reply
well, i have a ps3 and i gotta be honest with you,they're expensive, but atm they're having sales and stuff but thats beside the point. just don't buy one, his family shouldn't assume you were getting one, just give him the coat =D
Send a private message 4 1 Reply
Reply
okay . . . if the OP can buy an expensive coat i will ASSUME that she is past the age of 10 so a wii is defintly not something I would want if i was 10+ seriously its probably one of the overated systems ever all the games on it are shit and have no proper longetivity whatsoever so if anything get him a 360/ps3 which auctually has multiplayer and not hello kitty island 5 revenge of the kittens
Send a private message 2 6 Reply
Reply
Oh ho ho, congratulations, a person hating on what is one of the best systems out there. I'm sure you must feel so superior, huh?

What I love is that the majority of people who hate the wii haven't even played it. Everybody that I've talked to in person who absolutely hated 'the stupid wii because it's a game for five year olds' changed their mind when they actually played some decent games (like super smash bros).

Even the freaks that were obsessed by trash like Halo and Grand Theft Auto (I can say this because I've played all of them, they're all boring).

I can't comment on the PS3 though, seeing as I haven't played it.
Send a private message 4 11 Reply
Reply
i own both a wii and a ps3. there are a few good games on the wii. namely, wii sports (resort), brawl, and ... ummm.... i guess thats it. i never touch the thing anymore because i got sick of them.

the wii is basically a good system for kids and drunken parties. ps3 has decent games but most of them are multiplatform. the main reason i got a ps3 was for the blu-ray and free online. mostly i use the ps3 for movies and my gaming comp for games though because my parents run the TV.
Send a private message 8 0 Reply
Reply
I own a Wii, and there are many more great games for it. Some examples: Mario Kart, Mario Party 8, The Beatles: Rock Band (and all other RB and assorted 'hero' games, some, like GH5, having Wii-exclusive features), and New Super Mario Bros. Wii, among others.
Send a private message 3 2 Reply
Reply
And the newer Sonic games^^ 3 of which I've played.
Send a private message 2 1 Reply
Reply
Nahh. The sonic games aren't the same since before they got the crappy 4kids voice actors in,I miss the megadrive days *sniff*

I'd say the wii was the most versatile console. I'd also say it had great longetivity as it has endless multiplayer possibilities due to having some of the best multiplayer games... like ever. If you get a wii just DON'T buy 3rd party crappy games, problem solved.
Send a private message 4 0 Reply
Reply
XBOX 360 for the win!! *trollface*
Send a private message 3 7 Reply
Reply
wow, we started talkin about the op's fml, and now we are talking about how the wii sucks, see how off topic people can get.