Log in
By Lucachoo - United States - San Francisco
Today, my boyfriend cooked us a romantic dinner using the oven. The oven he recently hid $3,000 in for safekeeping. We essentially just spent thousands of dollars on a casserole. FML
I agree, your life sucks
22810
You deserved it
12553
142 Comments
Favorite
Tweet
Share 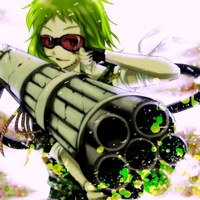 Lucachoo tells us more :
So yeah, storing money in the oven is a terrible idea. My bf (we'll call him Huck because he's a dumbass) is a bit paranoid and insisted on hiding the money somewhere where burglars couldn't find it. I told him it was fine since our nearest neighbors are a couple miles away but he insisted so I just gave up. Didn't realize that idiot would hide the cash in the oven then have a huge brain fart and use the oven to cook. We aren't complete idiots though, we do keep our life savings in the bank. The reason Huck put money in the oven was because we live on a farm that's a bit distant from the nearest major bank. We keep some money on hand in case something breaks and we have to fix it or make repairs and such. It's quicker when we have the money on hand. Otherwise we'd have to spend a couple hours driving to the bank, buying supplies, then coming back. Also while money does burn at 451 degrees, 451 degrees is the auto-ignition point of paper (the temperature that paper catches fire without being exposed to an external flame). So if the air temperature was 451 degrees the money would have burned but Huck put the money at the bottom of the oven, right on top of the hot metal burner thingy (I don't know what it's called) and that metal thing gets red hot. But yeah, Huck realized his stupidity after the oven finished preheating and managed to save some of the money though a third of it still burned to some degree. I'm still pretty pissed regardless and kinda feel like shoving Huck into the oven as well. The fact that he was trying to be nice by cooking dinner is the only thing preventing me from completely going apeshit on him. The first thing I'm making him do is go to the bank and try to replace the money. And he will never be in charge of safekeeping money ever again.
Money