Log in
By highheelcyanide - United States - San Francisco
Today, my boyfriend became a magician. His best trick? The disappearing act. FML
I agree, your life sucks
34917
You deserved it
3996
65 Comments
Favorite
Tweet
Share 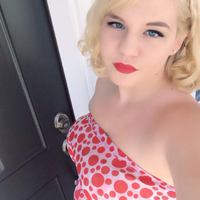 highheelcyanide tells us more :
First of all, I am so excited that this got posted! Almost makes dating the jerk worth it! Also, all the comments are hilarious. To answer some questions, no, I most definitely am not pregnant. There wasn't even a scare. On the backstory, he wasn't *technically* my boyfriend, but we had been dating and things were going really great. He did all the right things and we had a great connection (or so I thought). So after a while we slept together, and enjoyment was had on both sides. Nothing seemed off for a few days, and then he gradually quit texting me and I never saw him again after that night. Live and learn, I suppose.
Love