Log in
By deku - United States - San Francisco
Today, I went to the ER for extremely heavy bleeding related to my IUD birth control. They decided the best thing to do was remove it. An exam, two ultrasounds, and three x-rays later, the doctor comes back to tell me what's going on. Yeah, they can't find it. FML
I agree, your life sucks
28790
You deserved it
2089
147 Comments
Favorite
Tweet
Share 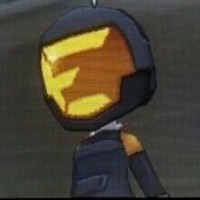 deku tells us more :
Hey guys, OP here! First, #14 you made me snort laughing!!! So more information, I know from an ultrasound done a few days before this that my body was trying to expell the iud. The on-call doc I talked to didn't like the amount I was suddenly bleeding and told me to go to the ER where they would most likely remove it. So yeah, I was pretty shocked when the ER doc said it wasn't there! They are certain that it's no longer in my body though and believe it came out during one of my bathroom visits the night before. And that actually makes sense to me because that's when the bleeding began and it's the only time I wouldn't have seen it. I'm doing a bit better, though I don't know what I'll do from here on out as I can't use hormonal birth control. ?
Health Today, I found out that my fiancé of three years, with whom I share a child, fell in love with my best friend and they’ve been going on dates for the last four months after work. FML
I agree, your life sucks
1553
You deserved it
123
8 Comments
Favorite
Tweet
Share
By

Right in the kisser