Log in
By punmessiah - United States - North Richland Hills
Today, I went to my friend's little brother's birthday party. A few of the younger kids were hitting me with a pool noodle, and I didn't really care until a 9-year-old loudly exclaimed, "Hit her in the pussy!" FML
I agree, your life sucks
14598
You deserved it
1031
59 Comments
Favorite
Tweet
Share 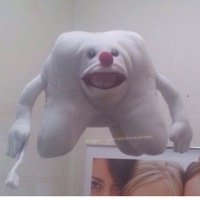 punmessiah tells us more :
It was obvious this kid was spoiled and hardly, if ever, got punished. After a few other slurs from him, we tried to find his parents but just told my friend's mom since we couldn't find his. My friend's little sister(she's around 6) was also crying to her saying the same kid called her a bitch. The mom was saying she didn't know who's kid it was(the overall lack of supervision over there was astonishing) and she didn't want to punish him herself, else his parents popped up and made a scene.
Kids