Log in
By Medication - United States
Today, I went home after work with my best friend who I am also secretly in love with. We had a few drinks, were getting touchy, and one thing led to another. Before leaving, I got the courage to ask her out on a real date. Her only reply was, "I don't want to lose such a good friend." FML
I agree, your life sucks
61039
You deserved it
7036
216 Comments
Favorite
Tweet
Share 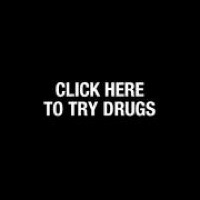 Medication tells us more :
I didn't have an account when I posted this, but I'm the OP, and honestly, during our drunken state, I mustered up enough sobriety to prevent things from going too far. I as well, didn't want to ruin things between us by having sex because I respected her too much, and wanted more than that. Was it the right thing to do, or was I just being a dumbass? One commenter was correct in stating that she was confused as to what she really wanted. Either way, we've talked it out, and moved over that. It's better anyways maybe, considering we both work together and I have to go on months long deployments with this girl, haha. :]
Intimacy

It may suck now but if you stick by her she may change her mindm And if you di, you will have a longlasting meaningful relationship because she will trust you. Good Luck OP.
Send a private message 17 7 Reply
Reply
Kudos for you for being mature enough to hold back and talk things out with her best of luck OP! I hope you both find someone that cares for you both :)
Send a private message 11 0 Reply
Reply
Too bad most, if not all replies to your message totally missed the joke. He definitely worships the Greek God Pussalia. +1
Send a private message 2 14 Reply
Reply
your fml makes you sound like you had sex when you wrote &quot;one thing led to another&quot;.