Log in
By C8H18 - United States - South Pasadena
Today, I had to abandon my normal duties and help out the electrician my boss called, all because my boss couldn't handle speaking to him since he was attractive. She's in her fifties. I'm in my twenties and I'm the more mature one. FML
I agree, your life sucks
12874
You deserved it
903
31 Comments
Favorite
Tweet
Share 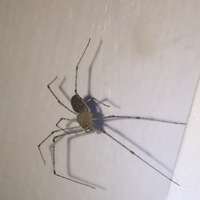 C8H18 tells us more :
The full immaturity: So the manager and supervisors, (all of which are middleaged females) were at the front of the building with me. Electrician arrives and I let him in the building. By the time I turn around, all the ladies are at the opposite side of the building. I don't think much of that at the time because I know a lot of people aren't comfortable working around wiring. So I help the guy out for the day. Once he left all the ladies suddenly appeared again; giggling and acting like little school girls. My manager started bombarding me with questions like, "What's his name?! He's so handsome! Is he married? When's he coming back? Will you warn me before he does?" I was quite shocked at the behavior honestly. He did return and I caught manager and supervisors spying around corners as we worked. He needed the managers signature for the work he'd done when he was finished. She refused to approach him because she was blushing too much. I had to bring her the paper in the back room before she'd sign it.
Work Sometimes the truth is too weird to believe