Log in
By IHeartBlueJay - United States
Today, I had my gallbladder removed. I have a very painful incision in my belly that makes any kind of movement excruciating. I've had the hiccups 5 times so far. FML
I agree, your life sucks
36491
You deserved it
2393
109 Comments
Favorite
Tweet
Share 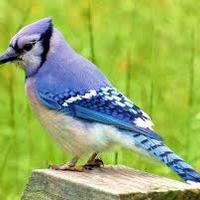 IHeartBlueJay tells us more :
Yeah they did it laparoscopically. And any kind of major surgery is going to be painful, but having it done laparoscopically is much, much better than an open incision! Try not to worry, it's a very safe surgery and they'll take good care of you :)
Health

Down the rabbit hole of assumptions

Seriously. Look it up.
Send a private message 11 2 Reply
Reply
18- Would that actually work, though? In my experiences so far, if you suggest a medication to the ER doctors, they look at you like you're insane and then give you an opposite medication.

I don't mean to be a bitch or anything, I really am just curious. Maybe I have just brought the subject up badly, but it always seems to me that if you mention any medication to a doctor they will deny it to you on the principal that you are somehow trying to misuse it. I feel like it's almost better to just keep my mouth shut and let them prescribe whatever they want. Switching doctors is hell for me, because even with proven medical records they still try to put me on different medications. It's completely understandable, because I know that many people are just trying to get drugs, but I just can't imagine an emergency room doctor prescribing a pill that is usually an anti-psychotic if you suggest it to them. Wouldn't they just assume that you're lying or misinformed, then give you something else?
Send a private message 4 3 Reply
Reply
If an ER doc has never heard of using Thorazine for hiccoughs, then he deserves to have his licence revoked.

As for suggesting a medication, there's a difference between asking for morphine and suggesting a non-narcotic medication. You could always say that a doctor friend brought it up. NEVER say &quot;Well, google says...&quot;
Send a private message 10 1 Reply
Reply
I realize that there's a difference between asking for narcotics and asking for other medications, Doc, I was never suggesting that was my problem. Even when I need pain medications I turn it down as much as possible, because a few years ago I had some extensive damage done to my body and ended with a mild addiction to the pain meds. I'd rather not experience that again. I would also never demand that a doctor give me certain medications, nor do I search google for possible medications to suggest to them. That would be disrespectful, as I do not have the years of schooling and experience that they do.

The issues that I'm talking about can be as simple as getting a doctor to re-prescribe my 50mg nitrofur for bladder issues, or the proton pump inhibitors that I have needed since my C-Diff infection. It took me over three months just to convince my new doctor to give me the desoximetasone that I have been using for ten years, because my last doctor had left the facility and the new one was unfamiliar with the gel. Again, I am really not trying to be hateful or rude, I've just spent my life in hospitals all the time and, personally, I have yet to have a doctor just prescribe something that I talk about with them. It always takes several appointments, and I usually have to try to switch to the new medications that they want me to try instead.

Maybe it's just the doctors in my area though, or maybe I am actually being a dick about it without realizing it. That's okay. I'm very sorry for the long reply, I'll go away now.
Send a private message 2 1 Reply
Reply
See, I've found the opposite. I often get prescribed what I recommend to my doctor, but then again, I'm allergic to the universe. She generally trusts me to know what I can and can't have. Narcotics included. I'm fine with morphine, but codeine turns my skin into a pile of angry, itchy hives. Same goes for Vicodin. So after surgery, I get morphine.