Log in
By caitlinz5 - United States - Williston Park
Today, I found out my boyfriend and I have more in common than I thought. We both are sexually attracted to men. FML
I agree, your life sucks
47286
You deserved it
3879
250 Comments
Favorite
Tweet
Share 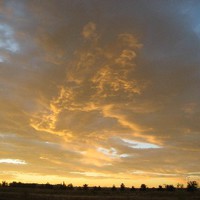 caitlinz5 tells us more :
I know the thread's finished, but the person that started it and a few others should be ashamed of themselves. There's NOTHING wrong or unnatural about non heterosexuals, so take your bigotry some place else! I'm upset because my boyfriend doesn't feel anything for me romantically. That's it. FML team said it all.
Intimacy

The first step is admitting you have a problem: take away is bad for you.

Today, I received a threatening DM from my so-called best friend, telling me that she wouldn't be calling off her wedding next week, despite everyone telling her to postpone due for health and safety reasons, and would claw my eyes out if I stayed in quarantine with my sick mum instead of coming. FML
I agree, your life sucks
2148
You deserved it
138
20 Comments
Favorite
Tweet
Share
By Anonymous - 31/7/2020 05:01

74-no significant proof either way... I'm agreeing with u. It annoys me when people try to state such epic matters as fact lol.

And "nurture" does not just mean how you are raised by your parents (though they have the most influence). It simply means how the outside stimulation influences how one grows. Few people, if any, turn out exactly how their parents would have wanted.
Send a private message 28 2 Reply
Reply
How are you going to say there are plenty of fish in the sea but work through it? That's terribly contradictory.
Send a private message 39 0 Reply
Reply
If you are including epigenetics in your description of nurture, than yes it has an effect, but it's still a really broad and misleading word to use. And it as been shown that if you have a set of identical twins and one is gay, then there is about a 70% chance of the other twin being gay also. This is much higher than the chance of a single child being born gay. So that study alone shows that it is highly dependent on genetics. There are a lot of others that show the same thing.
Send a private message 15 6 Reply
Reply
96- further studies were not wanted because of religious people not accepting the facts on Xq28.
Send a private message 10 31 Reply
Reply
99- thank you!

Another study showed an examination of twins by psychologist Michael Bailey of Northwestern University. Basically they took identical twins, and found that if one was gay, the other had a 50 percent chance of also being gay. Among fraternal twins, who do not share the same DNA, there was only a 20 percent chance.
Send a private message 14 15 Reply
Reply
Oh also the more older brothers you have, the higher chance you have of being gay due to genetics. Not a real significant increase in out odds, but still an increase
Send a private message 4 4 Reply
Reply
100, can you please not bunch religious people in a group like that. Not every person who has a belief is a bible basher trying to force ways of life on people.
Send a private message 40 6 Reply
Reply
100- Stop stereotyping. It's not just religious people that are homophobic. I'm a Christian in support of gay rights and believe that someone can't just turn gay.
Send a private message 29 2 Reply
Reply
YOU IDIOT HE JUST CAME OUT OF THE CLOSET!!!!!!
Send a private message 2 12 Reply
Reply
If you can show me ANY factual information, that cannot be disproved and can be proved, that babies are born gay then I will agree. To date there have been many studies about this topic and all are inconclusive or highly debatable. There is no scientific proof or disproof. Your belief in a theory based science is exactly the same as my belief in God. I'm not trying to impose my faith on anyone nor am I trying to start a faith war.
Send a private message 1 3 Reply
Reply
Sorry *rich, powerful religious people who bible thump
Send a private message 4 27 Reply
Reply
Is it that religion makes people homophobic, or is it simply that religion attracts people who are conservative and/or authoritarian - people who also tend to be homophobic. Then other religious people either follow that or have no voice and don't change anything about the phobia.
Send a private message 7 25 Reply
Reply
Maybe there is a correlation… Faithful equals blessed? I'm just kidding though, that would not match up with our idea of being humble. I will not argue that many rich people are religious but that isn't always true the other way around, especially when considering the south being stereotyped as poor and uneducated yet very religious.
Send a private message 5 1 Reply
Reply
111 - do you think biologists "believe" in evolution just like your god too? You can't prove anything in science like you can in math, that's why people don't use the word proof in science. No it hasn't been disproven, which is a tremendous feat for something like this. Because you can't prove things by experimentation, it is the goal of all good scientists to disprove things. So you have something being studied with the goal of disproving it, and it hasn't been disproved, and it in fact has a lot of scientific support, then it is most probably a really good explanation, unlike your god, which doesn't have that much scientific support and can't be disproven. I'm not hating on any religion, just saying those things are not comparable and it is beyond me why people try to compare them. If you thought scientifically, you would have more than enough "proof"
Send a private message 0 1 Reply
Reply
118, I have very good friends who are both gay and christian. The homophobic christians just speak louder than the rest. :)
Send a private message 15 3 Reply
Reply
So basically you are saying science is constantly trying to disprove theories and until then it is considered true or, at least, possibly true? By that thinking, wouldn't my God also be true then, scientifically speaking, since he cannot be disproven? People blindly believe in what scientists claim they have discovered and Christians blindly believe in a God that we claim is true. It is the same, the only difference is where you place your faith. Again, I'd like to state that I am NOT trying to shove my beliefs down anyone's throat.
Send a private message 11 14 Reply
Reply
124- which is sad but true. I think it would really change mine and a lot of people's negative thoughts towards Christians if they were to be more open, like the united church for say. I live in one of the most accepting areas, and to have such a upset emotion towards Christians is purely not wanting to be in my mind.

* Paris isn't helping.
Send a private message 5 8 Reply
Reply
No, in addition to not being disproven, you also have to have a lot of support and evidence for your claim and what you are claiming has to be disprovable. And people don't (or shouldn't) blindly believe it, it is important to always be skeptical of existing hypothesizes and theories, especially if you are yourself a scientist, because otherwise we wouldn't be able to move forward with better explanations. Having said that, things that have been tested a lot and have a lot of support are very likely to be true, I never said it was true. And that's the best you can get with science, but it still isn't comparable to religion.
Send a private message 6 2 Reply
Reply
Obviously they are not reading the KJV Holy Bible then… We Christians are not afraid of homosexuals, we disagree with their sexual orientation. We would never treat them differently, that isn't our true way. They have the free will that every other person is entitled to so their life choices are theirs. We don't discriminate, they are allowed in our churches and activities. We simply just believe that this is not how man was created to be. We are meant to reproduce naturally which homosexuals cannot do. BTW I am speaking for the true Christians, ones that you have met that are different obviously don't pay attention in church nor read the Bible. And again, I'm not imposing my beliefs on anyone.
Send a private message 8 25 Reply
Reply
*if you are

Now if the OP is just saying he told her that he's also attracted to men, that wouldn't be a problem unless he acts on it.
Send a private message 9 3 Reply
If he is bisexual, you are a bitch for posting this, it's not an FML.