Log in
By nitemastr15 - United States - Fort Worth
Today, while shopping for Black Friday, I got in line, hoping to get an Xbox One. I spent so long mistakenly standing in line for the bathroom that the store had sold out by the time I realized my mistake. FML
I agree, your life sucks
22660
You deserved it
14401
94 Comments
Favorite
Tweet
Share 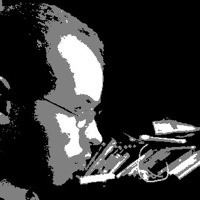 nitemastr15 tells us more :
Ok guys, OP here. Just to clarify, me and my brother each decided that I would get the PS4 and he would get the X-box One. He didn't have the money for his when I had the money for mine and he was really bummed out so I decided I was going to buy the console he wanted with my money and wait for my PS4. Fortunately though, he received an X-box One from his girlfriend the next day so it's actually a good thing I didn't end up being able to get one.
Money