Log in
By maryrain - United States
Today, was the first day of my sophomore year. While receiving my schedule, I burst into tears at the sight of a disfigured midget. I'm now seen as the school bitch for making fun of a midget. I have a genuine fear of midgets. FML
I agree, your life sucks
21550
You deserved it
44938
446 Comments
Favorite
Tweet
Share 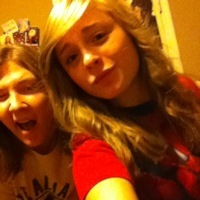 maryrain tells us more :
I'm not saying that all midgets are disfigured. what I meant was that that particular person has an actual disfigured face. And yes, I do have a legitimate reason for my fear. I don't feel inclined to share that reason because then all of the people who already believe I was being an ass will still not agree with me. the last thing I wanted to do was hurt/insult her.
Miscellaneous

Today, I felt an intense pain in my abdomen, so my mom drove me to the hospital. When we were in the waiting room, she rudely said, "It's probably an STD since you're such a slut." And then she left me there. It was a kidney infection. FML
I agree, your life sucks
1511
You deserved it
117
6 Comments
Favorite
Tweet
Share
By Anonymous - 29/8/2020 17:02 - Poland - Polska

Yeah, I have the same phobia. But the difference is that there are rational phobias, and then there are ridiculous ones that people just have for the heck of it. Case in point: I have a phobia of high places as well as of hornets (and other stinging creatures). I also get uneasy around deep waters (as I can't swim). With hornets, though, I don't prance around screaming. Outdoors, I quickly move away if possible. If it lands on me, I get worried, but I stand still and wait for them to leave. No stings as of yet. Indoors, I will try my best to do the Islamic thing and let them free. Only if it's exceptionally aggressive do I look for my BB gun and try to kill it as quickly as possible (80% of cases, the hornet is docile and leaves). Yeah, I'm scared witless while capturing them and releasing them, but I fight my phobias. This phobia makes sense because stings hurt and people naturally don't like pain.

Now... onto my other point. Arachnophobia. I don't suffer from this as much as I do from the fear of bees. Most spiders don't bother me whatsoever. I just capture them and let them free. If it's exceptionally small, I let them live with me even if they're building a web. But there are certain ones that act aggressive or have bright colorings that make me think they may be venomous. These are the guys that (unfortunately) I have to kill if I can't release outdoors. This phobia (at least at my level) is rational because some spiders are deadly, and humans are designed to try to avoid death.

Next up: heights and deep water. If I'm on a very high floor, I don't care. If I'm at the window of the 99th floor, I'll look down and think &quot;Whoa. This is high. Nice.&quot; If I'm on the 6th floor and I'm outside on the balcony... yeah... not going to happen. I always stay at least a foot or two away from the balcony at high levels (usually 3rd floor or higher). Unless the balcony railing is above my center of mass, to where I don't have to worry about toppling over. Again, I control it, and the one aspect that I can't really seem to get over is rational. Deep waters is another survival issue. I'm perfectly OK with the deep end of a swimming pool, since I know I can walk my way out. But a deep swamp or lake (being in the surf of a beach), that frightens me. Why? Because I can't swim and being dragged under = certain painful death.

Now, onto irrational phobias that I've seen that make me mad.
Being afraid of cotton. Unless you're afraid you're going to get the cotton stuck in your nostrils or choke to death on them, grow up.
Midgets: I'll admit it... their proportions can cause initial shock if you don't expect to see one. But aside from a missed heartbeat or unintentional gasp, there's no logical reason to cry or whatnot.
At work, one day, a guy with three fingers handed me some cash. For a split second, my heart skipped and my brain sent me a &quot;SOMETHING'S WRONG!&quot; message. I had no idea what had scared me, but I acted normal and it finally hit me about a second later that the guy's hand looked &quot;wrong&quot;. I tried checking out of my peripheral vision to see what was up, but it didn't work (I didn't look directly because I didn't want to offend the guy if he was missing fingers). However, when I gave him back his change, I did indeed confirm that the guy's hands both had 3 fingers. I didn't break down crying. I just went on with the transaction and waited for my silly heart to go back to normal.