Log in
By Schizomaniac - United States
Today, the water went out at my house, so I resorted to taking some stuff and showering at my old dorm instead. While in the shower, I realized I'd stupidly forgotten to bring a towel with me. I had to spend ages drying my whole body with tiny paper towels instead. FML
I agree, your life sucks
37785
You deserved it
14267
83 Comments
Favorite
Tweet
Share 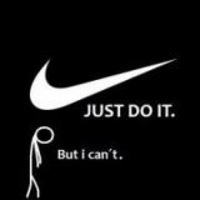 Schizomaniac tells us more :
Lol sucks, op. Oh wait...First off: Kali, fuck you. Now that that's out of the way, I got into the dorm building by waiting outside for someone to come out, as my ID no longer works. I phoned my old roommate but he was still happily asleep. Everything leading up to the paper towel moment was pretty hectic. I was on the verge of being late for an important class and when I got to school, my normal parking lot was full. LSU parking is a biznitch. The scene played out pretty much how pistachiopanda described it. It was pretty dramatic. On the plus side, "Make a Man Out of You" came on Pandora as I was driving to school. Silver lining.
Miscellaneous By CatBlock - United States - Decatur
Today, me and my boyfriend were having sex. As we were getting into it, his cat came into the room, sat, and stared us down with what looked like disapproving eyes. After 5 minutes had gone by, we stopped completely. A cat just cock blocked me. FML
I agree, your life sucks
54049
You deserved it
7937
119 Comments
Favorite
Tweet
Share
By Charity - United States

Check these out, guys!