Log in
By auzziegirl1938 - Australia - Newcastle
Today, my roommate decided to throw a huge party in the early hours of the morning. I have to start at my new job soon, a window just got smashed, and I'm tired as hell. FML
I agree, your life sucks
39435
You deserved it
4094
56 Comments
Favorite
Tweet
Share 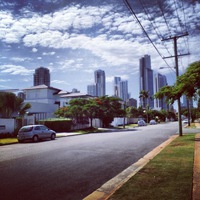 auzziegirl1938 tells us more :
OP here, got an email saying it's been published, so woooo, cheerin on that one haha. The story is that I moved in on campus recently, and my roommates aren't that bad but they're pretty out there. I was a little miffed, I had told them that I was starting a new job in the morning and that I was sick, they started partying just as went to bed and kept it up until about 3-4am, and I had to be up at 5. As for the window being smashed, someone decided it would be fun to push the heater through the window. Apparently it was cold outside. For the people saying things like "if you can't beat them join them" I don't think walking in after 0 hours sleep would confirm that job for me. As for the window puns..! Keep them coming, love it haha keeping me very amused! ???
Work

Today, after waking up to a spilled bottle of juice on my clothes, I heard my ex died. Whilst baking cookies to distract myself, I melted my work laptop on the toaster. FML
I agree, your life sucks
853
You deserved it
247
3 Comments
Favorite
Tweet
Share
By Anonymous