Log in
By Stheno - United Kingdom - Bristol
Today, my mum got engaged to her American pen-pal, who is in prison over there for murder. FML
I agree, your life sucks
57668
You deserved it
3633
158 Comments
Favorite
Tweet
Share 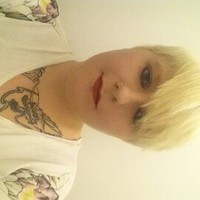 Stheno tells us more :
Sorry it took so long to write back I didn't know my FML got posted :) Now to explain a little. It turns out his trail wasn't fair and the reason he was found guilty was because his cell mate made a deal to get out of being sentenced if he lied about my step father admitting to murdering someone. His da also turned out to be an alcoholic. There is no evidence connecting my step father of the murder and now we're working on getting him released :)
Love

By m - United States - South Whitley
Today, my mom's intense fear of tornadoes caused her to break into the bathroom, drag me off the toilet while I was changing my tampon, and drag me to the basement with my pants around my ankles to join my father, brother, and my brother's best friend. FML
I agree, your life sucks
38123
You deserved it
1992
154 Comments
Favorite
Tweet
Share
By retailworker

Today, I learned that my stalker is still trying to weasel their way into my life even after they doxxed me, cyberstalked me, harassed me, threatened me, and attempted blackmail on me. All this just because I told them that their boyfriend groomed me when I was a minor. FML
I agree, your life sucks
899
You deserved it
64
2 Comments
Favorite
Tweet
Share
By Anonymous

Today, after applying for a promotion to a position which I've been working my ass off for two years to get, my managers thought it would be appropriate to discuss other applicants in front of me, even asking me to compare my resume with theirs to see the "caliber" of what I'm up against. FML
I agree, your life sucks
22663
You deserved it
2174
53 Comments
Favorite
Tweet
Share
By Anonymous

That poor girl, justice failed her.
Send a private message 8 0 Reply
Reply
The way that the justice system works makes me sick. Did you hear about the Stanford rape victim? If you didn't, then there was a girl in Stanford who was found being raped by a college student behind a skip by two cyclists. It gained a lot of media attention because of the brutality of it. The poor woman was passed out the entire time and only found out about her rape when she woke up in hospital and they told her what had happened before performing a very long and extremely invasive exam before letting her go.