Log in
By IronSkye - Romania - Bucharest
Today, my little sister opened a lemonade stand in front of our house. Surprisingly, she actually had a lot of customers, all kids. Two hours or so later, some parents came back complaining and threatening to sue my family. Turns out that what we thought was lemonade was actually beer. FML
I agree, your life sucks
50503
You deserved it
6917
159 Comments
Favorite
Tweet
Share 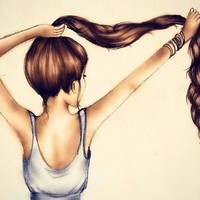 IronSkye tells us more :
Okay, I'm glad this FML got published. Thanks, guys! However, looks like I have some questions to answer. Firstly, my sister is almost eleven. The day before, we went shopping, and dad bought foir bottles of beer for a game he was going to watch in two days with his friends. My sister took the bottles and put the beer in cups, it totally looked like lemonade. She even put some lemons next to them! Yes, it was light beer, fortunately. But still alcohol. The kids told their mums the juice tasted funny, so they took a sip and figured out what it actually was. In the end, my sister's excuse was that she knew lemonade wouldn't have been successful anyway.
Kids

I'm in a hurry