Log in
By crazymentalblond - United States - Havertown
Today, my class and I were discussing our country's relationship with other countries. One person stated that the French have never done anything for us. A classmate took that moment to chime in and ask, "I thought the French gave us that giant statue of the Mona Lisa?" He was dead serious. FML
I agree, your life sucks
11694
You deserved it
956
85 Comments
Favorite
Tweet
Share 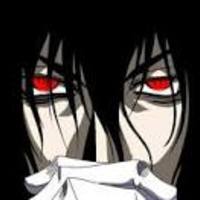 crazymentalblond tells us more :
OP here, when the second classmate made his announcement, everyone went silent (I swear crickets were chirping). He went into a ramble that sounded oddly like "the statue we got it in 1962." It took us all a few minutes to stifle our laughter to correct him. After that, yes someone did inform the first guy he was indeed wrong and told him several reasons why. At least it was a good way to kick off a what was slowly becoming a boring day. And yes I focused on the second guy a little bit more because I myself suck at history so I couldn't judge the first classmate too much. Especially when my previous schools skimmed over a lot of American history. If it wasn't for the books my mom showed me that she had on American history I wouldn't know much other than the basics. The education system I'm in really sucks.
Work When it comes to being president, I want someone who knows what s/he's doing and knows the right people to help keep this country going. I want someone who can engage in tricky negotiations with adversarial nations. I want someone a hell of a lot smarter than I to be president. And when there's a tragedy, I want someone who knows how to unite the nation and lift them up. Barack Obama was and is that person. Donald Trump is not.
Send a private message 26 5 Reply
Reply
Let's stop acting like everyone who voted for Trump is an ignorant, uneducated, hateful fuck. Granted, a lot of them are, but there are also a lot of people who voted for Trump who didn't like Trump at all. They just thought Clinton was worse. My mother has a master's degree and has studied French and history and she voted for Trump, again, not because she liked him, but because she decided he was the lesser of two evils. I'm a registered Republican and I would have voted for the Democrat nominee if it had been anyone but Clinton. I voted for Gary Johnson instead. As for the surgeon analogy, it's more like a choice between someone who has never been trained in surgery, and someone who has a reputation for stealing kidneys and selling them on the black market. Both choices are wrong, so you can't make assumptions about people because they made the &quot;more wrong&quot; choice.
Send a private message 15 12 Reply
Reply
32, I don't know why you're getting thumbed down. Maybe you're just making too much sense and a little too civil for this site. But I agree, Trump got elected on a huge part due to a poor choice of an opponent. Trump didn't turn out any more voters than Mitt Romney, and Clinton turned out far fewer than those who voted for Pres. Obama. Had anyone else run against Trump, we would have a different president-elect. (And I voted for Johnson too. Third party all the way).
Send a private message 3 3 Reply
Reply
I should've known politics would worm its way into this.
Send a private message 0 0 Reply
Reply
Right now, politics worms its way into just about everything.

I just escaped from a very heated English class.
Send a private message 5 0 Reply
Reply
Obama wasnt any huge part of politics before he was elected and please tell me how he helped unite anyone. more race riots them bush, backed thugs and shit on police that defended themselves, gave our enemy billions, destabilized the middle East more and spent like money grew on trees. now people are paying more for worse health insurance as well.

trump wasn't my first pick but I'll take my chances with him then get what Clinton promised.
Send a private message 1 6 Reply
they have also given the world some of the best food!

also, I never really thought of the statue of liberty's facial expression being similar to that of the Mona Lisa until now. . .
Send a private message 4 1 Reply
Reply
There's a bunch of memes going around mis naming stuff... one of them called it the Statue of Mona Lisa. Kid was probably confused by that.
Send a private message 7 0 Reply
Next
Spicy
Today, I discovered the brand of condoms my parents use. It was in the same grocery bag as my food. FML
I agree, your life sucks
252
You deserved it
143
5 Comments
Today, I found out the real reason my boyfriend was terminated from work: for having an inappropriate sexual relationship with a coworker, and not because...
I agree, your life sucks
772
You deserved it
45
4 Comments
See all the Spicy FMLs
© Beta&cie, All rights reserved