Log in
By DjeePee - 7/3/2012 10:28 - Belgium
Today, my boyfriend decided to piss in the shower while I was standing next to him. I did not mind, until I realised the water flows away incredibly slowly. I had to stand in his piss while the shower filled itself with the sweet odor of fresh urine. FML
I agree, your life sucks
26495
You deserved it
6408
135 Comments
Favorite
Tweet
Share 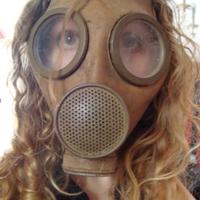 DjeePee Say more :
A lot of things, I suppose. I don't mind whether he's pissing near me or not, as long as I don't have to watch his piss reaching my feet when it's too late to run away, it's alright.
Miscellaneous
Previous FML Next FML It's not because you are okay with getting pissed on that everyone else has to.
Send a private message 31 13 Reply
Reply
-MissRoxiie-