Log in
By myfuturelover - United States - Big Rapids
Today, it's been three days since I told this guy I liked him and he told me he liked me. It's also been three days since he contacted me. So, I called his phone and I was told by someone that they were attributed that number three days ago. I think it's safe to say the feelings weren't mutual. FML
I agree, your life sucks
10790
You deserved it
787
58 Comments
Favorite
Tweet
Share 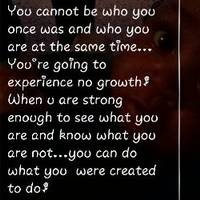 myfuturelover tells us more :
Hey OP here, I'm not sure if this will clear things up because quite frankly I'm confused. We've known each other for a little over a year now. We're supportive of each other and everything. This past weekend our conversation shifted. He pretty much made me admit that I had feelings for him. He wanted me to literally say “I Like You”. He then went on to express his feelings and how he been liked me and etc. Lately we had been snap chatting more than texting. He even had stopped by for a hug before work. He was really trying to prove himself to me. The next day we were snapping each other then all of a sudden he stopped responding. I gave it some time then called his phone number and that's when I was informed someone else now was the owner of that number. There is literally no other way to contact him.
Love Where are you? Oh, there you are

Today, I filed a missing persons report on my boyfriend. He was out fishing and then was supposed to meet me for a romantic weekend getaway. He never showed up and didn't respond to my texts. I found out, courtesy of a voicemail from the sheriff's department, that he'd broken up with me. FML
I agree, your life sucks
38571
You deserved it
4957
90 Comments
Favorite
Tweet
Share
By kirbykylestorm

Today, my fiancé told me he loved me just the way I am. But admitted he wished he had met me before my head injury that made me "slow." FML
I agree, your life sucks
942
You deserved it
78
6 Comments
Favorite
Tweet
Share
By Anonymous - United States - Denver

Today my boyfriend, whom I haven't seen all summer, blew off our date to attend a local chili eating contest. FML
I agree, your life sucks
1415
You deserved it
275
13 Comments
Favorite
Tweet
Share
By Anonymous - 17/1/2021 14:01 - United States - Pittsburgh

He could have changed service providers which means you might not be able to keep your number, and he could have possibly lost her number in the process. Just one example.

That dude must hate or fear you!
Send a private message 7 4 Reply
There could be endless possibilities of why the number changed. I wouldn't stress or go all out just to try to find some way to contact him again. For all you know he could be taken and a S.O. could've made him change the number, etc. Or it could honestly be totally innocent. I hope the best for you OP.
Send a private message 4 0 Reply
That was really fast. I asked a telco here in Australia about how numbers get recycled and it doesn't hit the reassign cycle until 6 months. I'm sorry, OP.
Send a private message 5 1 Reply
Reply
I would think it depends on where you are. If OP is in Michigan, specifically a larger city in Michigan, they are probably recycled a lot sooner than that.
Send a private message 2 0 Reply
Sorry OP. I think the person you spoke to was lying, and the guy you liked was too cowardly to speak to you himself so got a friend to do it for him.
Send a private message 20 2 Reply
Reply
Definitely the most likely scenario. Sorry he is a jerk. Bullet dodged.
Send a private message 2 3 Reply
That's why you never tell someone you like them while holding a bloody knife in one hand and flowers in the other. There's a good chance they'll tell you they reciprocate your feelings in an effort to get away. You never know if they have allergies.
Send a private message 20 1 Reply
I'm assuming this was AFTER the horizontal hanky-panky.
Send a private message 0 14 Reply
Reply
How about no. Haven't even kissed him before. The most intimacy physically between him and I was a hug.
Send a private message 5 0 Reply
I'm curious why you waited three days to reach out to him after your mutual declarations of likingness.
Send a private message 4 0 Reply
Reply
We both have very busy schedules. Before we claimed we liked each other not talking every single day was normal. I didn't think anything of it until I noticed he didn't open my snapchat and it had been days later.
Send a private message 1 2 Reply
Next
Spicy
Today, as my husband normally initiates sex and sometimes I want to but always chicken out, I was feeling brave and did so. After he came, he continued...
I agree, your life sucks
322
You deserved it
65
5 Comments
Today, my sausage dog ate my cat's turds and barfed them all over my bed. Try convincing the girl you just brought home to get into bed after that. FML
I agree, your life sucks
496
You deserved it
151
3 Comments
See all the Spicy FMLs
© Beta&cie, All rights reserved