Log in
By ElizaZee - United States - Malvern
Today, I helped my brother propose to his girlfriend of 5 years in the spot where they had first met. As he delivered his heartfelt speech, a sizable crowd appeared. When he got down on one knee, she punched him in the gut, yelled, "I never loved you", and ran away. Now he won't talk to me. FML
I agree, your life sucks
53942
You deserved it
3426
182 Comments
Favorite
Tweet
Share 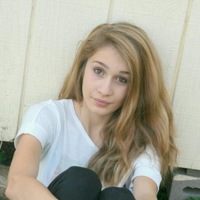 ElizaZee tells us more :
Hi, I'm the OP. Anyway, from what we've pieced together based on the accounts of family and friends, his girlfriend stayed with him for five years because she was a gold digger. My brother is fairly rich, and he always gave her expensive jewelry because he loved her so much. She would always wear the jewelry, but then it would mysteriously disappear after a few months. We suspect she was selling it, and basically using him. Also, we didn't think she stayed faithful to him, but he never listened. I guess she was off loving another man while my brother was unsuspectingly giving her jewelry that she could then sell. In other words, she's a bitch, and it's a good thing overall that she said no.
Love How deep is it?

OP, I'm sorry your brother isn't talking to you, he's just really broken right now I'd imagine and you are a easy target to release his emotions on.
That's really effed up what she did, he dodged that bullet. It's a shame it took 5 years. :(
Send a private message 13 1 Reply
Reply
I don't know, if it took five years, I'd say that bullet at least grazed him.
Send a private message 14 1 Reply
Reply
@ #82
Well I'm sure he made some great memories with her for the past 5 years, that no one can take away, and should be something that can be cherished, but he missed the marriage bullet with her. Some people change when getting married. My grandparents got married an divorced twice with each other, because the 'marriage life' and what is expect from a wife/husband/partner sometimes changes making the transition a bit hard on some people.
Send a private message 5 8 Reply
Reply
I agree with #121. it hurts, the memories make you miss the person even more and missing them hurts, letting go of the memories hurts. not being able to be with that person like you used to be is a constant reminder of what you no longer have. I'd rather have my heart and other vital organs ripped out of me than go through that again. you don't simply pat yourself on the back and say &quot;well heart, you did good. even though the relationship is over at least we have memories to keep us warm at night&quot;
Send a private message 3 1 Reply
Fuck your brothers life.
Send a private message 1 0 Reply
He shouldn't be taking this out on you in any way. He's understandably upset but you did nothing wrong, OP.
Send a private message 123 0 Reply
Reply
I don't think he's taking it out on OP, I think he just needs to be alone to sort out his feelings. This has got to be one of the saddest fmls I've seen on here.
Send a private message 18 0 Reply
Does she have terrible social anxiety or something, so the crowd gathering freaked her out? Doesn't excuse the behavior, but at least it makes slightly more sense than staying in a relationship with someone you care that little about for five years.
Send a private message 134 3 Reply
Reply
Exactly what I was thinking. Its the only realistic reason. Still a bitch either way
Send a private message 21 1 Reply
Theres a word for that: Bitch
Send a private message 138 5 Reply
Reply
I have to agree. I mean, as if rejecting him after 5 years in public wasn't enough, she had the nerve to punch the poor guy in the gut.
Send a private message 26 0 Reply
Reply
I agree with all of what you said. the only plausible reason she could have for punching him was it being a reflex or a nervous act. but she's a major heartless bitch. there was no need for her to humiliate him in public
Send a private message 4 12 Reply
I can't think of any way this is the fault of the OP. The brother needs to grow up and think.
Send a private message 19 47 Reply
Reply
The brother is obviously hurt. That doesn't mean he needs to grow up, it means he needs to calm down and think for a while.
Send a private message 18 1 Reply
Next
Spicy
Today, I'm in a relationship in which the sex was great and constant at the beginning. Now it’s so quick, bad and inconsistent, it’s like going at it with...
I agree, your life sucks
369
You deserved it
58
1 Comments
Today, my husband’s been dropping hints he wants to open our marriage. When I got home, a couple of his coworkers dropped by "for drinks". They tried to...
I agree, your life sucks
743
You deserved it
57
7 Comments
See all the Spicy FMLs
© Beta&cie, All rights reserved